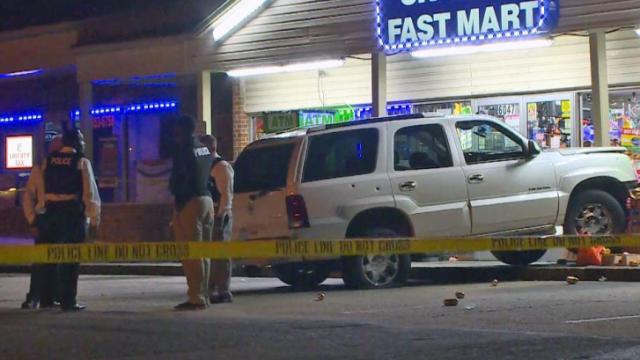 Fayetteville, N.C. — A driver crashed into a Fayetteville mini-mart during an attempted robbery Thursday night.

Fayetteville police said officers responded to the Skylite Fast Mart at 6047 Morganton Road just before 10 p.m. in reference to a reported robbery.

Authorities said that a person parked in front of the store was approached by two men, one of whom pointed a gun at him. The driver attempted to leave by reversing his car, but the vehicle was still in drive, causing the car to strike the store.

One of the men fired gunshots at the driver, who pulled out his own gun and returned fire, police said.

The suspect fled on foot.

The driver, whose name has not been released, was not injured.