Car bursts into flames after crashing with motorcycle in Raleigh 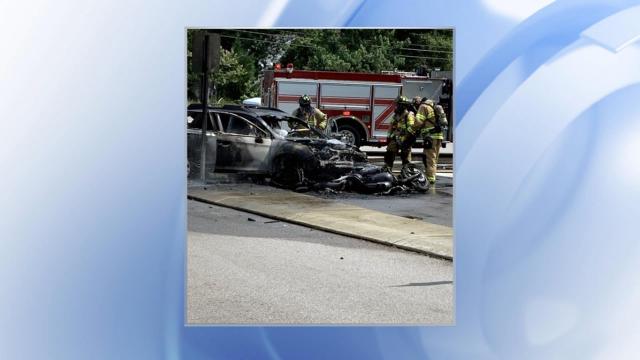 Raleigh, N.C. — Raleigh police responded to a fiery crash between a car and motorcycle in Raleigh on Saturday afternoon.

The crash happened on Leesville Road, near Sycamore Creek Elementary.

Raleigh police said the Subaru involved burst into flames after the crash.

There were no other injuries reported.