Lockdown lifted at US Capitol Building after brief security scare 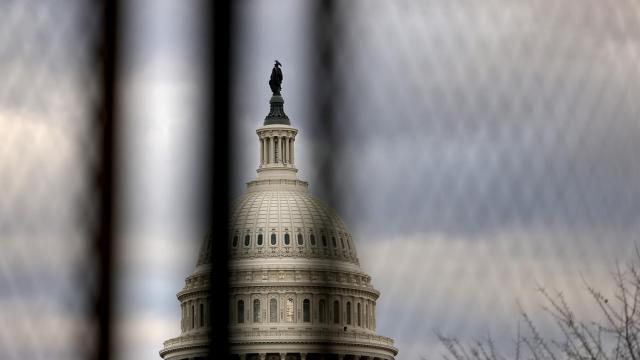 CNN — A small fire at an apparent homeless encampment less than a mile away from the US Capitol Building on Monday prompted Capitol Police to put the building on lockdown for over an hour "out of an abundance of caution," a reflection of the heightened state of alarm at the complex.

The incident involved a tent near the Capitol Building, DC Fire and EMS spokesman Vito Maggiolo said. The fire was on the 100 block of H St SE, authorities said, and was reported extinguished around 10:30 a.m. ET. One person suffered a non-life threatening injury, city authorities said, but the US Secret Service said there was "no threat to the public."

As the fire was checked out, US Capitol Police, citing an "external security threat," advised lawmakers and staff to shelter in place. Capitol Police instructed the complex to "return to normal operations" shortly after 11:30 a.m.

The response underlines the immense sense of alert in Washington, DC, this week. It comes less than two weeks after the deadly siege at the Capitol left five dead and two days ahead of President-elect Joe Biden's inauguration, which has turned the city's downtown into an armed police zone.

There are currently hundreds of National Guard troops on the east front of the Capitol. Another alert at one point urged people to stay inside, to not leave and to stay away from windows and doors.

Capitol authorities evacuated the west front of the building as well as the first-floor crypt.

"I just tried to leave (the Longworth House Office Building) after getting my Covid test, only to be told that the building is now on lockdown. Apparently some external threat. Propane tanks under some bridge. Stuck in my office," a Democratic congressman told CNN shortly after the incident was reported.