Raleigh, N.C. — The windows of multiple businesses on Capital Boulevard are boarded up after some George Floyd protests led to weekend looting and riots.

Among the businesses damaged during the riots is an AT&T and, beside it, Raleigh's Smoke Shop & Tobacco at 3901 Capital Blvd. 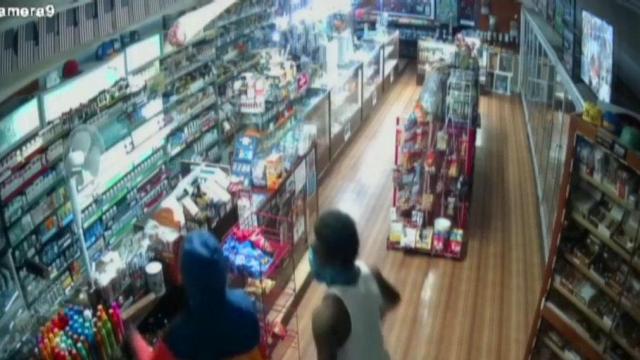 Video from Sunday shows people running in and out of the smoke shop grabbing handfuls of products. The store owner said looters used a brick to break inside the store then spent almost 20 minutes filling up a van before police arrived.

The owner said he is dealing with $70,000 worth of damage and stolen goods.

Protests in Raleigh were peaceful on Monday, Tuesday and Wednesday nights after Mayor Mary-Ann Baldwin issued an 8 p.m. curfew.

WRAL reached out to the Raleigh Police Department to learn if officers have made any arrests in these cases.