Canada Reels as It Tries to Imagine Its Economy Without NAFTA 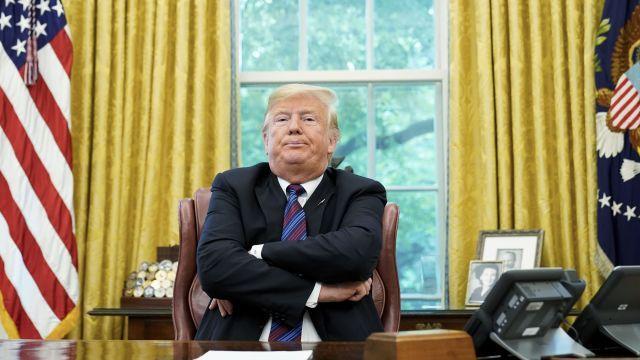 TORONTO — First the American president started a trade war with Canada, one of the United States’ closest allies and trading partners, imposing tariffs on the country’s steel and aluminum. Then, he called Canada’s Prime Minister Justin Trudeau “very dishonest and weak,” shattering what was expected to be his moment of glory on the world stage at the G-7 conference in Quebec.

Now, President Donald Trump has gone behind Canada’s back and negotiated what he calls a trade deal with Mexico, leaving Canada on the sidelines. He has also threatened to impose hefty tariffs on cars, one of Canada’s most important exports.

The power play has sent the country reeling, with trade lawyers trying to gauge how much of Trump’s threat was negotiation bluster versus directive, and economists sorting through what a world without the North American Free Trade Agreement would mean for Canada.

Most conclude that an end to NAFTA in itself would not severely harm the country’s economy, although it could chill international investment — but that Trump’s threatened 25 percent auto tariff would be disastrous.

“This would be enough to throw us into a recession because the auto industry is so important to Canada,” said Philip Cross, the former chief economic analyst at Statistics Canada, a government agency. “We are in unchartered territory here.”

It’s the biggest rift yet in the relations between the two nations, and one that could have the biggest practical import. In recognition of the stakes, Chrystia Freeland, Canada’s foreign affairs minister, cut short a visit to Europe and rushed to Washington to shoulder her way back into the bargaining room, although her spokesman said that the government’s position had not changed and that it would only sign a deal that was good for Canada.

At the same time many leaders in Congress, which must approve any trade pact, have expressed reservations about leaving Canada out. And if Trump intends to partner only with Mexico, he will also need congressional approval to bring NAFTA to a close.

That Mexico has seemingly usurped Canada’s place as the primary trading partner with the United States struck many in Canada as deeply offensive.

Only a year ago, the debate in Canada was whether to abandon Mexico at the negotiating table. In the end, Canadian politicians insisted that any deal would need to involve Mexico, even though it was the focus of Trump’s initial ire over trade and immigration.

The first iteration of NAFTA was the Free Trade Agreement, signed between the United States and Canada in 1988, six years before the accord was expanded to include Mexico. Since then, the Canadian economy has become so intertwined with its larger U.S. neighbor to the point that three-quarters of Canadian exports go across the border.

But times have changed since NAFTA abolished the high tariffs of 30 years ago. The later agreement that created the World Trade Organization has reduced tariffs to the point that even without NAFTA, the majority of goods crossing the Canadian-U.S. border would not face significant price increases under the world trade group’s rules.

Economists at the Royal Bank of Canada predicted that the cost to Canada’s economic growth of leaving NAFTA — based on tariffs alone — would lower Canada’s economy by about a 1 percent spread over five to 10 years.

However, the true strength of NAFTA for Canada’s economy has been the international investment it draws. That is why Canadian negotiators have always insisted on maintaining the deal’s procedures for appealing U.S. trade actions against Canada, and why Trudeau has called Trump’s demand that any new agreement contain an expiration date an absolute deal-breaker for his country.

“That gives international businesses assured market access, which is key to making Canada an attractive place to invest to serve the North American market,” said Dan Ciuriak, the former deputy chief economist in Canada’s foreign affairs and trade department. “For business, uncertainty is a cost.”

In the tentative deal announced Monday, the United States and Mexico agreed to a type of expiration clause, reviewing the pact every six years that would extend its lifetime for 16 more years, officials said.

Whether the extension of an expiration date will appease Canadian negotiators is unclear. Trump administration officials said the tariff-appeals process had been removed from the tentative trade agreement with Mexico. Canada is highly unlikely to accept that omission because its creation was the deal-maker for the original Free Trade Agreement.

Trump’s threat of a 25 percent duty on Canadian-made autos and auto parts is a powerful one, however, as the overwhelming majority of Canadian production ends up in U.S. showrooms.

An analysis by the Toronto-Dominion Bank forecast that 160,000 jobs would be lost, most of them in Ontario, the country’s most populous province. Ontario would also see an economic slowdown similar to that prompted by the 2008 financial crisis.

The United States and Mexico have said they would like to sign a deal by Friday, but many Canadian trade lawyers argue that the deadline is untenable, given that many of the chapters in the phonebook-sized agreement remain in limbo.

Lawrence L. Herman, a Toronto trade lawyer and former Canadian diplomat, said Canada’s only strategy this week is to essentially buy time — showing a willingness to negotiate more aggressively — making it unlikely that Congress would accept any request from the Trump administration to accept a trade agreement without Canada. While both the American and Mexican presidents want to complete a deal quickly, Canada has a federal election in just over a year from now.

That means Trudeau will have to balance whether a trade deal full of Canadian concessions is better than an end to NAFTA and heavy tariffs on the country’s important auto industry.

“The best option is Canada kicks the can down the road, shows the deadline is artificial and calls Trump’s bluff,” said Cross, the former government economist who is now a senior fellow at the Macdonald-Laurier Institute, a research group in Ottawa. “But that’s very, very risky.”

Trump’s unpredictable negotiating tactics might have given him the upper hand this week, but in the long run, this same quality could undermine NAFTA’s potential relevance to Canada.

“I hope Minister Freeland leaves Washington without signing a deal,” said Ciuriak, who is now a senior fellow with the Center for International Governance Innovation in Waterloo, Ontario.

“If you are not prepared to follow the rules, signing onto an agreement hardly gives you any protection,” he said. “Tomorrow’s tweet can undo anything you just signed.”