THOMAS FRIEDMAN: Can You Believe This Is Happening in America? 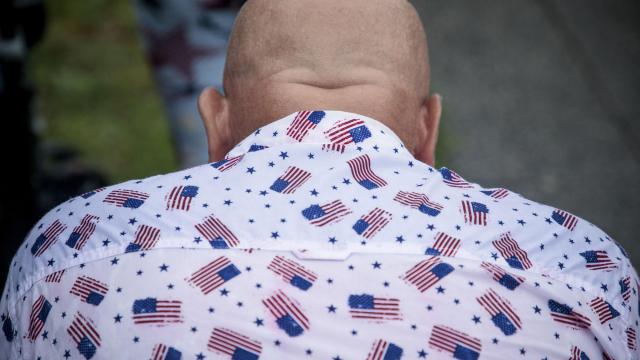 EDITOR'S NOTE: Thomas Friedman is the foreign affairs Op-Ed columnist for The New York Times. He has won three Pulitzer Prizes and is the author of seven books, including “From Beirut to Jerusalem,” which won the National Book Award.

In the last six months I’ve heard one phrase more often than I had in my previous 66 years: “Can you believe this is happening in America?”

As in: “I spent the whole day hunting online for a drugstore to get a COVID vaccination. Can you believe this is happening in America?”

“Fellow Americans ransacked our Capitol and tried to overturn an election. Can you believe this is happening in America?”

“People in Texas are burning their furniture for heat, boiling water to drink and melting snow to flush their toilets. Can you believe this is happening in America?”

But, hey, all the news is not bad. We just sent a high-tech buggy named Perseverance loaded with cameras and scientific gear 292 million miles into space and landed it on the exact dot we were aiming for on Mars! Only in America!

What’s going on? Well, in the case of Texas and Mars, the basic answers are simple. Texas is the poster child for what happens when you turn everything into politics — including science, Mother Nature and energy — and try to maximize short-term profits over long-term resilience in an era of extreme weather.

The Mars landing is the poster child for letting science guide us and inspire audacious goals and the long-term investments to achieve them.

The Mars mindset used to be more our norm. The Texas mindset has replaced it in way too many cases. Going forward, if we want more Mars landings and fewer Texas collapses — what’s happening to people there is truly heartbreaking — we need to take a cold, hard look at what produced each.

The essence of Texas thinking was expressed by Gov. Greg Abbott in the first big interview he gave to explain why the state’s electricity grid failed during a record freeze. He told Fox News’ Sean Hannity: “This shows how the Green New Deal would be a deadly deal for the United States of America. … Our wind and our solar got shut down, and they were collectively more than 10% of our power grid, and that thrust Texas into a situation where it was lacking power on a statewide basis. … It just shows that fossil fuel is necessary.”

The combined dishonesty and boneheadedness of those few sentences was breathtaking. The truth? Texas radically deregulated its energy market in ways that encouraged every producer to generate the most energy at the least cost with the least resilience — and to ignore the long-term trend toward more extreme weather.

“After a heavy snowstorm in February 2011 caused statewide rolling blackouts and left millions of Texans in the dark,” The Times reported Sunday, “federal authorities warned the state that its power infrastructure had inadequate ‘winterization’ protection. But 10 years later, pipelines remained inadequately insulated” and the heaters and de-icing equipment “that might have kept instruments from freezing were never installed” — because they would have added costs.

As a result, it wasn’t just Texas wind turbines that froze — but also gas plants, oil rigs and coal piles, and even one of Texas’ nuclear reactors had to shut down because the frigid temperatures caused a disruption in a water pump to the reactor.

That was a result of Abbott’s Green Old Deal — prioritize the short-term profits of the oil, gas and coal industries, which provide him political campaign contributions; deny climate change; and dare Mother Nature to prove you wrong, which she did. And now Texas needs federal emergency funds. That is what we capitalists call “privatizing the gains and socializing the losses.” I don’t know what they call it in Texas.

But to disguise all that, Abbott trashed his state’s trendsetting wind and solar power — power it pulls from the sky free, with zero emissions, making rural Texans prosperous — in order to protect the burning of fossil fuels that enrich his donor base.

Abbott’s move was the latest iteration of a really unhealthy trend in America: We turn everything into politics — masks, vaccines, the weather, your racial identity and even energy electrons. Last year Donald Trump referred to oil, gas and coal as “our kind of energy.” When energy electrons become politics, the end is near. You can’t think straight about anything.

“For a healthy politics to flourish it needs reference points outside itself — reference points of truth and a conception of the common good,” explained Hebrew University religious philosopher Moshe Halbertal. “When everything becomes political, that is the end of politics.”

Making everything politics, added Halbertal, “totally distorts your ability to read reality.” And to do that with Mother Nature is particularly reckless, because she is the one major force in our lives “that is totally independent of our will.” And if you think you can spin her, Halbertal said, “the slap in the face that she will give you will be heard all across the world.”

You don’t have to listen too carefully to hear it. Although it is still too early to say for sure, the Texas freeze fits a recent pattern of increasingly destructive “global weirding.” I much prefer that term over “climate change” or “global warming.” Because what happens as average global temperatures rise, ice melts, jet streams shift and the climate changes is that the weather gets weird. The hots get hotter, the colds get colder, the wets get wetter, the dries get drier and the most violent storms get more frequent. Those once-in-100-years floods, droughts, heat waves or deep freezes start to happen every few years. That’s how we will experience climate change.

According to a recent report from the National Oceanic and Atmospheric Administration: “The U.S. has sustained 285 weather and climate disasters since 1980 where overall damages/costs reached or exceeded $1 billion (including CPI adjustment to 2020). The total cost of these 285 events exceeds $1.875 trillion. … The years with 10 or more separate billion-dollar disaster events include 1998, 2008, 2011-2012, and 2015-2020.” This year, after this Texas disaster alone, could set a record — and we’re only in February.

If global weirding is our new normal, we need a whole new level of buffers, redundancies and supply inventories to create resilience for our power grids — and many more distributed forms of energy, like solar, that can enable households to survive when the grid goes down. Looking to maximize profits around fossil fuels in an age of global weirding is just begging to get hammered.

As Hal Harvey, CEO of Energy Innovation, remarked to me: “Cave men understood that you have to store things up to be secure. Birds know that. Squirrels know that. So, what are we doing? And what was Texas doing?”

Every leader needs to be asking those questions. Leadership always matters. But today, it matters more than ever at every level. Because in a slower age, if your city, state or country had a bad leader and got off track, the pain of getting back on track was tolerable. Now, when climate change, globalization and technology are all accelerating at once, small errors in navigation can have huge consequences. They can leave your community or country so far off track that the pain of getting back on track can be excruciating.