Can you be good without God? The answer may depend on how rich you are, a new survey finds 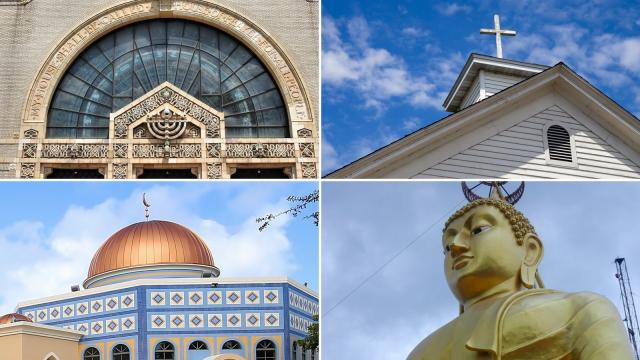 CNN — Educated people who live in rich countries are far less likely to say belief in God is necessary for good morals, according to a massive new survey of 38,000 people in 34 countries.

The survey, released Monday by the Pew Research Center, revealed a gaping "God gap" between relatively rich and poor countries.

In Kenya, for example, the country with the lowest gross domestic product per capita in the survey, 95% of people said belief in God is necessary for a person to be moral.

In Sweden, the richest country, just 9% of people connected God with good morals. (The survey did not break down respondents by religion.)

Even within countries, the rich and poor don't agree on God and morality, the survey said.

In the United States, to take one example, there is a gap of 24 percentage points between high and low income Americans. The poor were much more likely to say belief in God is necessary to be good.

"People in the emerging economies included in this survey tend to be more religious and more likely to consider religion to be important in their lives," wrote the authors of the study.

Pew's study seems to lend weight to the secularization thesis: the idea that nations become less religious as their people get richer and more educated.

For decades, the United States defied this theory by being both rich and religious. But even that is changing, according to a number of other studies.

Still, nearly half of Americans say religion is very important to them

Religion remains a powerful force in the life of people around the world, including the United States. A majority of people in 23 of the 34 countries survey said religion is "very" or "somewhat" important to them. In the United States nearly half -- 47% -- called it "very important."

The countries most likely to connect God and goodness:

The countries least likely to connect God and morality