Can Sweatcoin, a Hot Fitness App, Keep You Off the Couch? 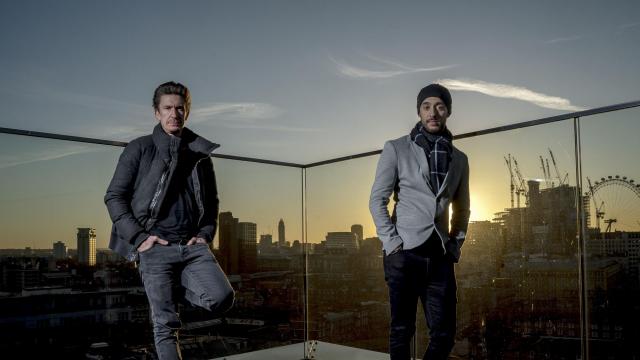 On a recent evening with a wind chill of 11 degrees, I made myself put down a book I had been enjoying and go out on the streets of New York instead.

I wasn’t heading out to meet friends or do my errands. I was braving the cold for a less virtuous purpose: amassing credit on Sweatcoin, a free fitness app that awards points — “sweatcoins” — for walking or running outside.

Accumulate 550 sweatcoins, the app beckoned, and I could snag a Fitbit Flex wearable fitness tracker. So there I was on an Arctic evening, deliberately taking a circuitous route to inflate my step count.

Sweatcoin’s popularity began to spike last summer. By early September, it had become the most downloaded health and fitness application in the United States on the iOS and Google Play stores combined, according to data from App Annie, an analytics firm. It has retained that top ranking nearly every week since.

The app, developed by a startup in London called Sweatco, has raised about $1.6 million in financing and expects to close another round soon. It taps into the boom for health-tracking apps and devices, joining products from Apple, Fitbit, Garmin and Samsung that monitor stats like heart rate and physical activity.

Nearly 350 million wearable tech devices are expected to be sold globally this year, according to forecasts from Gartner, a market research company.

Where Sweatcoin’s approach differs from others, however, is in taking its ideas from behavioral economics, the study of how psychology and emotions influence our decision-making, to motivate people to exercise more. Its rise comes as insurers and corporate wellness programs are likewise furiously trying incentives — including passing out fitness monitors — to nudge people to improve their behavior.

Derlyatka said the app aims to overcome our human tendency to choose immediate gratification — like doughnuts or binge-watching videos — over activities like daily exercise that offer long-term benefits. By giving consumers points that can buy goodies, Sweatcoin hopes to incentivize couch potatoes to become more active.

“It’s a tool, a hack, to help all of us, not just the select few, to remain fit,” said Oleg Fomenko, another Sweatcoin co-founder.

Could the app change me, a book nerd who innately favors reading over running? Cautiously optimistic, I downloaded Sweatcoin on an iPhone over the holidays.

In theory, the app awards one sweatcoin for every 1,000 outdoor steps. But I quickly learned that users often get credit for fewer steps than they expected.

For one thing, Sweatcoin immediately shaves your sweatcoin earnings by 5 percent — in the fine print, the app calls it a commission “to keep our lights on.”

For another thing, the app counts only the steps it thinks you took outside. Bummer. I would get no credit for Zumba, spinning — or listening to music playlists and dancing around my kitchen while cooking.

To help it distinguish outdoor steps, Sweatcoin collects and analyzes GPS signals and motion data from your phone. To improve accuracy, it instructs users to turn off the app’s battery-saver mode and keep the app running in the background.

And Sweatcoin gets bossy about it. The first time I swiped the app off, a notice popped up on my phone: “You killed me! Do not force quit me if you want to generate sweatcoins.” I complied, and my battery paid the price.

Frictionless this app was not.

But then I noticed that Sweatcoin seemed to frequently skimp on points, too. On a recent day I went for a walk with my sister in the snowy Massachusetts countryside, the app counted less than half my steps as outdoor activity. Frustrated, I turned to reviews on Reddit, Twitter, and app stores where missing points are a common theme.

“Where are my missing 3000 steps!” Ian Wynne, a sports performance consultant in Britain, wrote on Twitter. “This is happening a little too often.”

To commiserate, I called Wynne, who won a bronze medal in kayaking at the Athens Olympics in 2004.

“It’s a little frustrating when you are outside and you are sure that you have taken 1,000 more steps than it claims,” Wynne said. Nevertheless, he planned to continue using Sweatcoin. He regularly exercised, he said, and liked the idea of getting extra credit for the outdoor activities he was already doing.

Fomenko, the Sweatcoin co-founder, told me that the app’s “draconian algorithm” is meant to deter cheating techniques like, say, strapping a phone to a pet dog. And that fraud-deterrence system may verify fewer steps than users expect, he said.

In practice, according to the app’s help section, that means the Sweatcoin algorithm typically verifies 65 percent of a user’s total steps. It also means that some frequent consumer behaviors — using a protective smartphone cover, walking while connected to public Wi-Fi, walking slowly with small children — could reduce your step count.

In a follow-up email, Sweatcoin’s co-founders said that they would soon hire a data science team “to help us improve the speed and accuracy of this algorithm.” They also said they were working on a verification algorithm to count indoor activity.

The current system seemed preposterous to me. What’s the point of an unpredictable fitness app?

Nevertheless, after about two weeks of intermittent use, I had earned 47.52 sweatcoins. I was feeling pretty good — a Fitbit could soon be mine.

Then I learned that the rewards could also be fickle.

Sweatcoin generates revenue by marketing other companies’ products to its users. When a user redeems reward points for a product through Sweatcoin, the maker of that product pays Sweatcoin a fee.

But the Fitbit and some other fitness devices on offer when I signed up had disappeared from the app before I could earn one. Now the reward choices included a workout app for 30 sweatcoins that didn’t interest me — or the iPhone X for a whopping 20,000 sweatcoins. I calculated that, if I took 13,000 total steps every day, it would take me more than five years to get that iPhone. I felt like Sweatcoin, by offering rewards that seemed near impossible to obtain, could end up demotivating the very people it was trying to nudge to walk more.

As a reporter who regularly covers data privacy, I also couldn’t help being troubled by the possibility that the app could share or sell the trove of location and motion data it collects from users.

Sweatcoin’s founders said they would never do such a thing. “Let me make it very, very clear,” Derlyatka said, “we never, ever sell anybody’s user data to any outside parties.”

If the fitness startup were ever acquired by another company, however, the app’s privacy policy states that “personal data held by it about its customers will be one of the transferred assets.”

But the biggest downside for me was feeling like Sweatcoin’s behavioral engineering cheapened important experiences. When I used the app, instead of concentrating on the friends I was walking with, I kept checking to see how close I was to being able to redeem my sweatcoins for that Fitbit.

No trinket or gift card is worth that distraction.