Can Chipotle keep momentum with quesadillas and milkshakes? 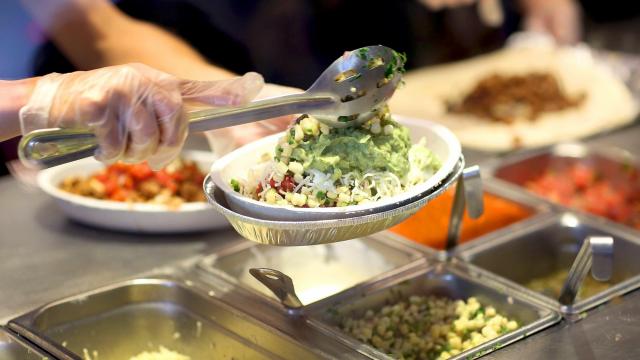 NEW YORK (CNNMoney) — Chipotle has a new CEO. A new ad campaign focusing on the fresh ingredients. And coming soon, Chipotle may have a bunch of new items on its menu, including quesadillas, tostadas and a milkshake.

It's all part of Chipotle's plan to woo customers back after a series of health scares at the company's restaurants during the past few years -- most notably an E.coli outbreak in late 2015 that made 60 customers in 14 states sick.

So far, it looks like people are willing to forgive and forget. Chipotle's sales have rebounded in the past few quarters. And Wall Street is thrilled. Chipotle shares are up nearly 65% this year.

Can the comeback continue? CEO Brian Niccol, who joined Chipotle in March following a three-year stint as the CEO of Taco Bell, is pushing new menu offerings as a way to keep the momentum going.

Fans of Chipotle's secret menu know that nachos and quesadillas are already something that you can get from some locations. Chipotle admitted as much, saying in the presentation for Thursday's event that both are among the top requested menu items.

Chipotle also has high hopes for the avocado tostadas, dubbing them "the Chipotle version of avocado toast." Chipotle said its customer research showed Millennials snack a lot midday. (Who doesn't though? This Gen X-er does too for what it's worth.)

And Chipotle also showcased a frozen paloma -- a slushy version of a margarita-like cocktail that is made with the Sauza brand of tequila.

Still, it's not clear when any of these items will make it to Chipotle's menu permanently.

A spokesperson for the company told CNNMoney that quesadillas, nachos and other offerings are currently just being tested at the company's NEXT test kitchen and that "there is no guarantee that they will be rolled out to all locations."

But it seems like Chipotle needs new menu choices beyond its trademark burrito bowls to make sure its customers keep coming back for more, especially since its highly touted queso offering has been panned by many.

The company is also still a far cry from where it was during its glory days before the E.coli crisis. Shares now trade at around $470 -- nearly 40% below the all-time high of about $760 back in August 2015.

Chipotle, along with other chains like Panera and Shake Shack, was heralded back then as a leader of the so-called fast casual restaurant revolution.

It was serving up food that was supposed to taste better (and be better for you) than what you might get from fast food joints like McDonald's, Burger King and the Yum Brands-owned triumvirate of Taco Bell, KFC and Pizza Hut.

But shares of Chipotle plunged to a multi-year low of $263 a share by last November. Founder Steve Ells stepped down as CEO that month.

So the resurgence in sales and the stock price since Niccol came aboard is encouraging. Wall Street remains skeptical though.

Twenty-two analysts have Chipotle rated a hold. Two even are recommending that investors sell the stock. Only eight have a buy in it. And the consensus target price for the stock is $394.21 -- 16% below its current price.

But investors -- and consumers -- should get more answers about what's next for Chipotle very soon. The company is hosting a special conference call next Wednesday (June 27) after the market closes.