Can a Fired Transgender Worker Sue for Job Discrimination? 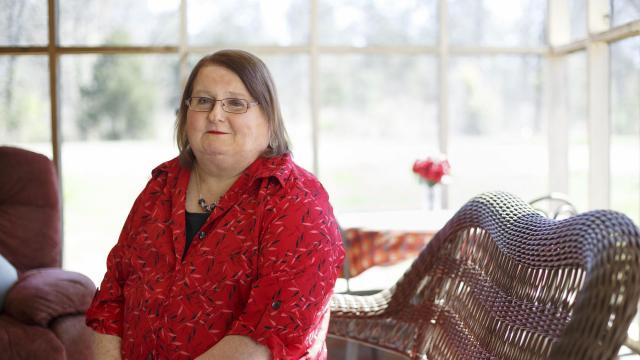 WASHINGTON — In 2013, a funeral director who had been known as Anthony Stephens wrote to colleagues at a Michigan funeral home, asking for patience and support.

“What I must tell you is very difficult for me and is taking all the courage I can muster,” the letter said. “I have felt imprisoned in a body that does not match my mind, and this has caused me great despair and loneliness.”

“I will return to work as my true self, Aimee Australia Stephens, in appropriate business attire,” she wrote. “I hope we can continue my work at R.G. and G.R. Harris Funeral Homes doing what I always have, which is my best!”

Stephens had worked there for six years. Her colleagues testified that she was able and compassionate.

“He was a very good embalmer,” one said. “He was very, very thorough. Had obviously had a lot of practice prior to coming to the Harris Funeral Home. Families seemed very pleased with his work. He did a good job.”

Two weeks after receiving the letter, though, the home’s owner, Thomas Rost, fired Stephens. Asked for the “specific reason that you terminated Stephens,” Rost said: “Well, because he was no longer going to represent himself as a man. He wanted to dress as a woman.”

Rost also said he did not want to address Stephens as Aimee. “I’m uncomfortable with the name,” Rost said, “because he’s a man.”

The case went to court and Stephens won in the U.S. Court of Appeals for the 6th Circuit in Cincinnati. Discrimination against transgender people, the court ruled, was barred by Title VII of the Civil Rights Act of 1964, which forbids discrimination on the basis of sex.

“It is analytically impossible to fire an employee based on that employee’s status as a transgender person without being motivated, at least in part, by the employee’s sex,” the court said. “Discrimination ‘because of sex’ inherently includes discrimination against employees because of a change in their sex.”

The Trump administration filed a curious brief in Stephens’ case, one that said two seemingly contradictory things. The appeals court had gotten things badly wrong on legal issues that were “recurring and important,” Solicitor General Noel J. Francisco told the justices. The ruling, he added, was “inconsistent with decisions of other circuits.”

Those are precisely the things you say when you want to persuade the Supreme Court to hear a case. But Francisco went on to urge the court to deny review in the funeral home’s appeal and instead hear one of the cases on whether Title VII bars discrimination based on what he called “another nonbiological-sex attribute — an individual’s sexual orientation.”

It is true that the appeals courts are more deeply divided on the question of whether Title VII covers discrimination against gay men and lesbians, with recent decisions from the 2nd Circuit, in New York, and the 7th Circuit, in Chicago, ruling that it does. It could make sense to decide that question first, and to defer a decision in Stephens’ case in the meantime.

But Francisco went further, urging the Supreme Court to turn down the funeral home’s appeal even if the court declined to hear the two sexual-orientation cases. That has court watchers puzzled.

Francisco’s brief was nominally on behalf of the Equal Employment Opportunity Commission, which had charged the funeral home with employment discrimination and had prevailed in the lower courts. But his legal arguments were at odds with the views the commission had taken in the case.

Francisco’s brief abandoned the position that had been pressed by the commission in the 6th Circuit and instead lent support to the funeral home. But in urging the Supreme Court to deny review, the commission remained formally aligned with Stephens, and the case is still known as R.G. & G.R. Harris Funeral Homes v. Equal Employment Opportunity Commission, No. 18-107.

The funeral home, for its part, said both issues were important.

“The sexual-orientation cases seek to expand what is included in the term ‘sex,'” its brief said, “whereas this case attempts to transform what ‘sex’ means by replacing it with ‘gender identity.'”

The 6th Circuit ruled for Stephens on that ground, too, saying she had been fired “for wishing to appear or behave in a manner that contradicts the funeral home’s perception of how she should behave or appear based on her sex.”

Stephens, represented by the American Civil Liberties Union, said that separate issue was reason enough to deny review in her case. However the Supreme Court ruled on transgender rights, her brief said, she would still win her case.

The funeral home responded that it should be allowed to enforce its dress code, which requires male employees to wear suits and ties and female ones to wear skirts and business jackets.

“Treating a person whose sex is male as a man is no more stereotyping than is classifying someone born in Canada as Canadian,” the funeral home said in a brief filed last week.