Raleigh, N.C. — The owners of Raleigh's Cameron Village shopping center announced on Thursday that the center would get a new name and brand after 70 years.

Cameron Village was built on land that once held hundreds of enslaved people, and the shopping center, built in 1949, was named for the man who enslaved them.

Prior to the Civil War, Duncan Cameron owned one of the largest holdings of enslaved men and women in the area. Aside from owning the Cameron plantation, which stood on around 10 acres of land in the area near Hillsborough Street, he also married into the Bennehan family, who owned Stagsville Plantation. 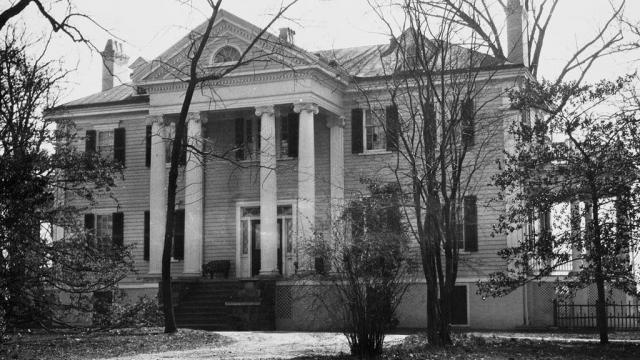 After the Civil War, thousands of enslaved men and women were freed from local plantations. In fact, these newly freed men and women made up around 50% of the population of Raleigh in the 1870s. With no money, no houses and no businesses, they worked together to build Freedman's Villages around the city. There were 13 in all, and Oberlin Village was the largest.

For a while, Oberlin Village thrived. It had its own churches, college, schools and businesses. Multiple men who had a major impact on North Carolina history lived in Oberlin Village. 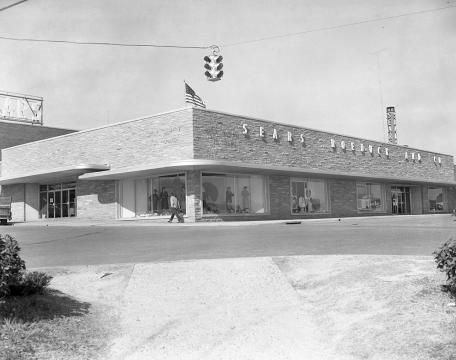 However, Oberlin Village was annexed by Raleigh, and lost chunks of history due to development. When the neighboring development of Cameron Village was built nearby and renamed after the original plantation owner, it was painful for some of the men and women living in Oberlin.

The "Cameron" name continued to gain prominence with the growth of Cameron Village. Meanwhile, Oberlin's history, built by some of the very men and women freed from the Cameron plantation, was bulldozed and built over. 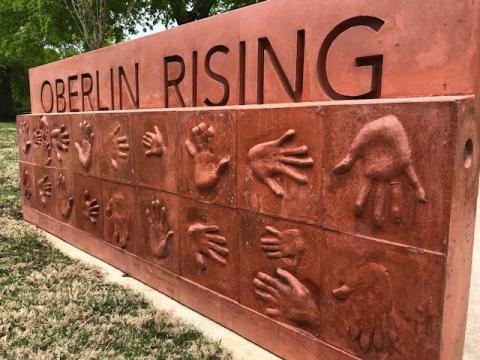 Likewise, Daniels Middle School, named after Josephus Daniels, whose rabble-rousing encouraged a massacre of Black citizens in Wilmington in 1898, has recently changed its name to Oberlin Middle School.

In addition to the new name and logo, Regency has pledged monetary support for the historic Oberlin Village cemetery and historical plaques and the donation of space for an installation at Village District.

“Recently, Village District has seen exciting changes including the planned addition of rooftop space at The Overlook, murals that have engaged the community, the addition of strong local merchants, and strong national brands such as Sephora. These enhancements will ensure that Village District is a destination for the area for the next 70 years,” Chris Widmayer, vice president of investments for Regency Centers, said in a statement.

More history on Oberlin Village and Raleigh's other Freedman's Villages

WRAL News' Hidden Historian has heavily researched the history of Historic Oberlin, including the first Black student in Raleigh to challenge school segregation.

You can read more information about the history of Oberlin Village.

Or learn about the other 11 Freedman's Villages and why they vanished from Raleigh all together.