Lumberton, N.C. — The Lumberton Police Department announced Wednesday that a surveillance camera captured images of the stolen SUV that Hania Noelia Aguilar, 13, was kidnapped on Monday.

Police did not name the exact location where the SUV was spotted but stated that the image was captured near the girl's home minutes after the kidnapping.

Aguilar, an eighth grader at Lumberton Junior High School, was snatched while she was standing outside her family's home in the Rosewood Mobile Home Park located at 3525 E. Elizabethtown Road.

Police say a man forced the girl into her family's green 2002 Ford Expedition, which is registered to Velasquez Hernandez, Hania's aunt, of Summerville, S.C. The SUV, which has South Carolina license plate NWS-984, was seen leaving the mobile home community Monday morning.

The FBI announced Tuesday that the agency is offering a reward of up to $15,000 for information that helps locate her.

"The most important part of our investigation is you, the public," said Andy De La Rocha, a senior FBI agent who is helping in the probe to find Hania. "And we need your help."

Police helicopters canvassed the area above the Rosewood Mobile Home Park for several hours on Tuesday, and Lumberton police questioned drivers entering the mobile home community as they searched for clues.

At 7 a.m. Tuesday, FBI agents set up a road block in the area and stopped vehicles traveling in the area as part of their probe.

During a Tuesday afternoon press conference, law enforcement officers pleaded for help from the public.

"Please call the special tip line," said Lumberton police Chief Michael McNeill. "We need to hear every little tip we can get."

He said the National Center for Missing and Exploited Children has sent information about the missing girl to neighboring states, including Georgia, Florida, Tennessee and South Carolina.

"I cannot stress this enough," McNeill said. "Every second counts when a child is missing." 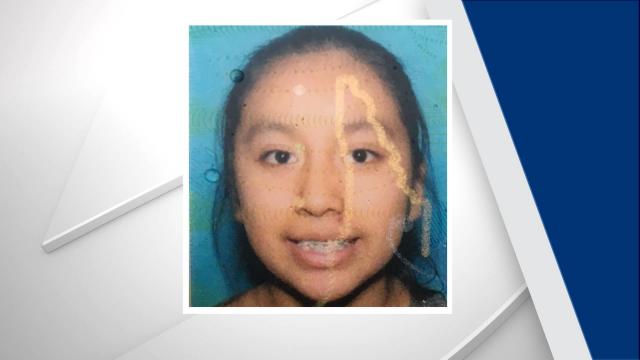 Hania, an eighth grader at Lumberton Junior High School, was taken against her will by a suspect wearing black and a yellow bandana around his face. He forced the girl into the family's green, 2002 Ford Expedition SUV.

Hania had started the vehicle against her aunt's wishes on Monday, the girl's sister told WRAL News. Witnesses saw the SUV leaving the mobile home community Monday morning after Hania was snatched in the vehicle while screaming for help.

According to the FBI, the 911 call to report Hania’s abduction was made by a neighbor when a relative ran over to get help. Robeson County 911 workers received the call at 6:54 a.m. Monday.

New details released about the SUV on Tuesday include that it has a Clemson sticker on the rear window and peeling paint on the hood. 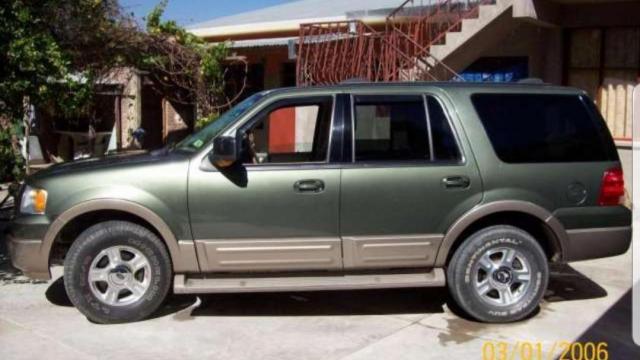 De La Rocha said during the press conference that the FBI's Child Abduction Rapid Deployment team, or CARD, has been brought in to assist with the search.

He said Hania's family is "fully cooperating" to help find the missing girl.

"I can't imagine what they're going through," De La Rocha said.

"Local police, and even local FBI offices, don't have a lot of great experience investigating suspicious disappearance of children or abductions," said an FBI agent in Lumberton. "So we do. So we bring our training expertise and experience in to give them best practice guidelines."

Aguilar is 5 feet tall and weighs 126 pounds, according to authorities.

She has black hair and brown eyes and was last seen wearing a blue shirt with flowers and blue jeans.

During Tuesday's press conference, De La Rocha said her family is not yet ready to speak publicly about the case.

"Hania's mother asked me to share this message," he said. "'I just want my daughter back with me. I'm here waiting for you. I love you. I care about you."