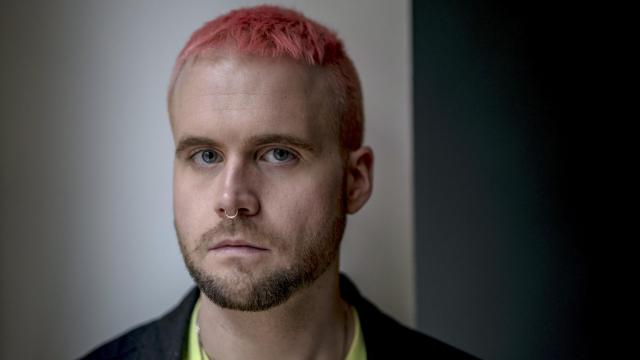 You’ve heard of profiling criminals, but welcome to fashion profiling — the practice of classifying and targeting individuals based on their clothing brand preferences. Fashion profiling played a bigger role in the 2016 U.S. presidential election than anyone realized, according to new information from Christopher Wylie, the Cambridge Analytica whistleblower.

Thursday at a conference in Britain organized by the fashion industry website The Business of Fashion, Wylie explained that clothing preferences were a key metric for Cambridge Analytica, whose business was constructing and selling voter profiles drawn from Facebook data.

“Fashion data was used to build (artificial-intelligence) models to help Steve Bannon build his insurgency and build the alt-right,” he said.

Preferences in clothing and music are the leading indicators of political leaning, he said. The narratives of the great U.S. brands, which play on the myths of the West and the (mostly male) frontier are also the narratives of the Republican right. Those who choose to spend on the former are susceptible to the latter. He mentioned Wrangler and L.L. Bean in particular as brands that Cambridge Analytica aligned with conservative traits. (Kenzo, by contrast, which is designed by Humberto Leon and Carol Lim, the avant-garde duo behind the retail store Opening Ceremony, appealed to liberals, he suggested).

“Fashion brands are really useful in producing algorithms to find out how people think and how they feel,” Wylie said.

Neither Wrangler nor L.L. Bean responded to requests for comment.

David Stillwell, the deputy director of The Psychometrics Center at Cambridge University where much of Cambridge Analytica’s methodology was developed, compared this form of fashion analysis to a study showing that car ownership can correlate with political voting preferences in certain regions. (Places where hybrids line the streets reliably vote Democrat; the opposite is true where pickup trucks are concerned.)

“Essentially the reasoning is the same,” he said. “Different people choose different clothes, and it correlates with their politics.”

Wylie’s revelations suggest a more informed and aggressive use of the fashion data that was regularly mined by political candidates themselves during the 2016 primary. Purchases made through each candidate’s online store were used to identify potential issues that could galvanize a voter. For example, if an individual bought an infant onesie from Hillary Clinton’s campaign website, it was a clue that said person might be influenced by emails about maternal health. If someone bought a beer mug from Rand Paul, he or she might respond to emails about saving manufacturing in the U.S.

“It’s all about learning who your supporter base is,” said Marshal Cohen, chief industry analyst of the NPD Group and author of “Why Customers Do What They Do,” in an interview during the 2016 campaign. “How do they live? What are their trigger points? What words resonate with them? It’s worth its weight in gold, in the political arena just like the consumer arena. We call it demographic profiling, because voter profiling sounds like a dirty word, but that’s what it is.”

Fashion profiling is another facet of this approach, using data analysis to identify the way brands are perceived — and it should not come as a surprise to anyone.

Assessing value systems, and goals and priorities, via the clothes people wear has been a part of professional life for years. The “dress for the job you want” adage is an expression of fashion profiling. Calling someone a “Gucci person” or a “Celine person” is fashion profiling; opting for Levi’s over Rag & Bone makes a statement about associations and history and opens one up to fashion profiling — albeit in a manner that generally leaves much unsaid. Cambridge Analytica preyed on that human reality via algorithm, using data from the Facebook profiles of more than 50 million users without their permission.

The data breach, which was first revealed in March, plunged Facebook into hot water with U.S. and British lawmakers as it sought to explain how so much of its user data could have been used without those users’ knowledge or consent. The event was just another example of how personal data, given incrementally to products and platforms over years, can be used to manipulate individuals in unanticipated and potentially damaging ways. Wylie used his talk at the Business of Fashion conference to protest Facebook’s enormous power, and said that the company was damaging society by separating people based on their cultural preferences. He exhorted those present to be conscious of the narratives embedded in their branding.

Most Instagram shoppers and selfie-takers are more concerned with credit card theft than being victims of targeted yet subtle political messaging. Still, most users now expect the trail of cultural crumbs they leave online to be used by brands (you’ve bought this, so you may like this!). The fact that consumer preferences are used by influence Svengalis to sway votes means something else entirely.