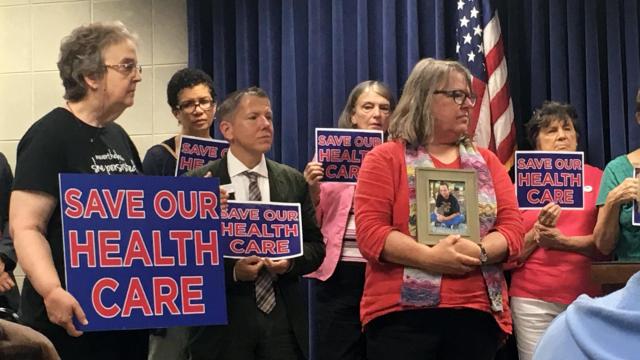 "We still today have the Affordable Care Act in place ... and we finally have a governor who has the political courage and conviction to expand Medicaid in the state," McKissick said at a news conference. "There’s a convergence of opportunity we should not allow to be missed."

Gov. Roy Cooper has been pushing for expanding Medicaid, the state health insurance program for the poor and disabled, as allowed under the ACA since he took office in January. But Republicans in the legislature steadfastly refuse to do so, citing laws passed in recent years that keep the governor from making changes to Medicaid without legislative approval.

Although the bill that would have repealed the ACA, the American Health Care Act, was pulled from the U.S. House floor two weeks ago because it didn't have enough votes to pass, Republican leaders on Tuesday attempted to revive a repeal effort.

Rep. Gregory Murphy, R-Pitt, said he wants to keep some facets of the ACA, namely allowing young adults to stay covered under their parents’ insurance plans until age 26 and adding more coverage for poor people.

"I know [some legislators] are talking about this issue, specifically in trying to find some kind of compromise to get our working poor some [more] coverage," Murphy said.