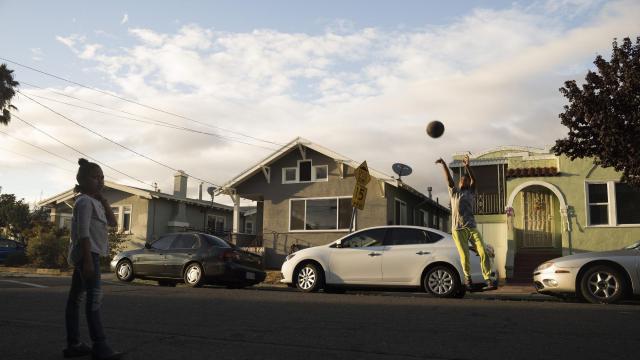 LOS ANGELES — From pulpits across Los Angeles, Pastor Kelvin Sauls has spent the past few months delivering sermons on the spiritual benefits of fasting. The food in the sermon is rent, and landlords need less of it. “My role is to bring a moral perspective to what we are dealing with around the housing crisis,” Sauls explained.

In addition to a Sunday lesson, this is an Election Day pitch. Sauls is part of the campaign for Proposition 10, a ballot initiative that would loosen state restraints on local rent control laws. The effort has stoked a battle that has already consumed close to $60 million in political spending, a sizable figure even in a state known for heavily funded campaigns.

Depending on which side is talking, Proposition 10 is either a much-needed tool to help cities solve a housing crisis or a radically misguided idea that will only make things worse. Specifically, it would repeal the Costa-Hawkins Rental Housing Act, which prevents cities from applying rent control laws to single-family homes and apartments built after 1995.

The initiative drive builds on the growing momentum of local efforts to expand tenant protections. “In the midst of the worst housing and homeless crisis that our country has ever seen, how does a bill that restricts local government’s ability to address it go untouched?” asked Damien Goodmon, director of the Yes on 10 campaign, which is primarily funded by the AIDS Healthcare Foundation in Los Angeles.

Proposition 10 has won prominent endorsements from backers including the California Democratic Party and The Los Angeles Times. But opponents have also amassed editorials and broad support, mainly from a coalition of construction unions, nonprofit housing developers and local chambers of commerce.

Among those fighting the initiative is a relatively recent class of landlords — private equity firms like Blackstone Group, which accumulated a vast residential real estate portfolio after the housing market collapse a decade ago. Landlords warn that repealing the Costa-Hawkins law would create deep uncertainty among developers, making California’s housing shortage worse by discouraging construction.

“This is a serious problem, but the solution to that problem should not land solely on the rental housing industry,” said Tom Bannon, president of the California Apartment Association, a landlords’ group. The California fight reflects a renters’ rights movement that is bubbling up in churches and community centers across the country, a semi-coordinated stand of low-income tenants against the gentrifying American city. Last month in the Roxbury section of Boston, about 300 people gathered for an afternoon assembly on how to blunt evictions and economic displacement. The event offered free child care and had organizers speaking English, Spanish and Cantonese.

Many of these groups are affiliated with a housing and racial justice group called Right to the City Alliance, whose Homes for All campaign has organized tenants in about 50 cities. Even outside California, Homes for All members are closely following the Proposition 10 campaign.

“We’re both watching and learning from how they are building this broad-based movement,” said Lisa Owens, executive director of City Life/Vida Urbana, a tenants’ rights group in Boston.

In California and elsewhere, the problem is a lack of affordable housing that has led to cramped households, longer commutes and rising homelessness. About a quarter of the nation’s tenants paid more than half of their income in rent in 2016, according to the Joint Center for Housing Studies at Harvard.

Among the contributing factors are rising construction costs and increasingly stringent land-use regulations that have slowed construction and held back the supply of lower-cost rental housing. New building has skewed toward the upper end of the market, while the share of the overall housing stock affordable to lower-income renters has declined.

Homeownership has historically been the pressure-release valve for rising rents. But home prices have grown beyond what most people can afford, and private equity firms have turned single-family-home renting into a larger and more concentrated sector.

Private equity firms like Blackstone — which has a stake of about 40 percent in Invitation Homes, with about 82,000 homes in 17 markets — have become something of a foil for the Proposition 10 campaign. “Meet Donald Trump’s uber-rich buddies” begins a “Yes on 10” ad, which proceeds to detail the personal connections among private-equity landlords like Stephen Schwarzman, Blackstone’s multibillionaire chief executive, and President Donald Trump.

Eva Jimenez, who lives with her husband and four children in an Invitation Homes property in Oakland, answered her door in a “Yes on 10” T-shirt (“Because the rent is too damn high,” it said on the back). With rents rising, tenants who live in single-family homes that are ineligible for rent control, like Jimenez, have become active in the Proposition 10 campaign, and she is a member of the Alliance of Californians for Community Empowerment, which is running the “Yes on 10” Campaign with the AIDS Healthcare Foundation.

Given how confusing it can be to explain the Costa-Hawkins law and how the ballot initiative would change things, Jimenez said that when she distilled her pitch to “everything is about rent control,” it resonated deeply with neighbors.

Economists have an almost universally dim view of rent control laws, and a number have supported the landlords’ contention that Proposition 10 could make California’s housing problems worse. Under current law, California landlords can raise their rent as much as they like after a rent-controlled tenant leaves. If the Costa-Hawkins law is repealed, cities could write laws that barred them from ever raising their rents to market rates. That could prompt landlords to convert apartments into owner-occupied housing, worsening the shortage of affordable rentals.

This does not, however, mean that economists are against providing low-income renters with relief. A number of scholars, including Rebecca Diamond, a Stanford University economist, have found that rent control laws slow displacement, particularly among poor or older tenants, but also accelerate gentrification. A stronger support system, such as tax credits that insure against increasing rents, could offer protection without distorting the housing market.

Tax credits are expensive to the state budget, however, and have little chance of becoming law any time soon. Rent control, by contrast, doesn’t cost taxpayers anything in dollars, at least not right away, and despite the long-term concerns of economists, it has the potential to help tenants now. Repealing the Costa-Hawkins law has been a goal of tenant advocates almost since it was enacted in 1995. But given the shoestring budgets of community groups, there had been no sustained effort capable of funding a statewide political campaign.

Enter Michael Weinstein, the president of the AIDS Healthcare Foundation in Los Angeles. The foundation, the world’s largest AIDS charity, is on a pace to generate some $2 billion a year in revenue in 2020, most of it from a chain of nonprofit pharmacies.

While nonprofits are barred from engaging in partisan political spending, they are free to run voter initiatives. Weinstein has become widely known for his willingness to bankroll state and local ballot measures, including an anti-development ordinance in Los Angeles, a statewide initiative to reduce the price California pays for pharmaceuticals and another that would have required condoms in pornography. All failed.

So far the “Yes on 10” campaign has raised about $17 million, virtually all of it from the foundation. The landlords have raised $42 million. Support for the measure is trailing opposition among likely voters, according to a recent poll by the Public Policy Institute of California.

Regardless of the outcome, the rent control battle seems unlikely to subside soon. Separate from Proposition 10, tenant activists have put rent control measures on the 2018 ballot in several California cities, and are gathering signatures for more after that.

And Weinstein said that win or lose, he was not going away. If Proposition 10 fails, he has promised to pay for another bid to repeal the Costa-Hawkins law, possibly in 2020. “I’m kind of like gum on your shoe,” he said.