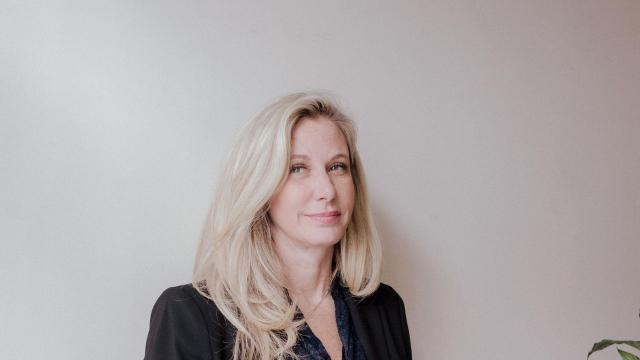 Marijuana is becoming legal in California, and entrepreneurs are rushing in with infused artisanal chocolates, specialized farming equipment and security teams to guard large hauls. On Jan. 1, companies will be able to produce and sell marijuana in the state, making it one of eight in the United States where the recreational use of cannabis has been legalized. But finding expertise and financing won’t be easy.

Cannabis use still lacks legal standing with the federal government. That means growers, processors and retailers can’t open accounts or access lines of credit from federally insured banks. They can’t write off business expenses when they file their taxes, and it’s extremely difficult to purchase crop insurance (think of the recent spate of fires in California).

“It’s federally illegal, and that makes running a cannabis business more challenging than arguably any other kind of business,” said Kris Krane, co-founder of 4Front, a medical marijuana investment and management firm.

Cannabis-focused accelerators and investment companies aim to change that.

These enterprises have long been a presence in Silicon Valley, offering mentoring and investment in exchange for an ownership stake. Companies that provide these types of resources are critical to expanding a nascent industry around legal marijuana, said Krane, if only because they can introduce entrepreneurs to angel investors and other private capital sources.

Funders have reason to be interested. Selling cannabis in California has the potential to generate $5 billion a year, once a critical mass of businesses have proper permits, according to the Agricultural Issues Center at the University of California at Davis. Each harvested acre of cannabis could be worth millions of dollars, based on current prices in Washington, Oregon and Colorado, according to Greg James, the publisher of Marijuana Venture, a monthly business magazine.

When the pair started, medical marijuana had been legal for two decades, but Gateway found many companies’ business practices were still “not far departed from those of the black market,” Larson said. With legal adult use in sight, the industry is making a rapid transition to more sophisticated, transparent and mainstream business practices, he said.

Gateway now offers $50,000 in exchange for 5 percent of a company’s ownership and brings the management team of startups into its offices for about six months to work with experts, mentors and potential investors. Applicants present their business plans and answer questions on legal issues, trends and the competitive landscape. Larson sometimes assigns homework, asking founders to conduct customer interviews and do market research.

Entrepreneurs bring a wide variety of ideas because the industry is just forming. For example, new apps, sensors and machinery help control growing conditions, save energy and reduce labor costs in greenhouses.

Even “the boring areas” of the marijuana industry offer terrific opportunities, said Larson, because growers are spread too thin. The same company might be cloning plants, harvesting crops, selling to dispensaries and making deliveries. “There may be eight different steps in their value chain that could be specialized” and contracted out, he said.

Increasing brand recognition for products and retailers is another major opportunity for startups. “There’s no Starbucks or Nordstrom’s yet — names that mean things to people,” Larson said.

One of Gateway’s graduates is Carrie Tice, the founder of Octavia Wellness. She quit her job at a technology company in 2015 when her mother became ill and now sells cannabis as tinctures, salves and other products to seniors looking for alternatives to opioids for pain relief and better sleep. Most of her products have little to no THC, the psychoactive component of cannabis.

Gateway helped Tice refine her pitch and introduced her to Big Rock, a private family fund and investment company. Big Rock helps with everything “from community intros and tech support to marketing resources and updates on regulatory developments,” said Tice in an email.

Octavia Wellness now has a network of 80 “wellness consultants” who advise more than 1,100 clients in California, and will be expanding to Nevada, where both medical and recreational marijuana is legal. Tice said that legalizing recreational use will boost her sales considerably because people will no longer have to obtain a doctor’s recommendation to buy her products.

Companies like Big Rock, which has invested more than $10 million in the cannabis industry, are playing an important part in funding the industry’s growth. “Starting up a testing lab or a dispensary is extremely capital intensive,” said Stephen Kaye, Big Rock’s chief operating officer. Private firms can make decisions and move large amounts of money quickly, he said. He receives pitches every day from entrepreneurs and is especially interested in medical research. For Jody Hall, an entrepreneur in Seattle, joining an investment company has freed her to focus on her core business rather than on the myriad regulations that accompany its operation. Hall, who runs a conventional cupcake business, started a new venture, GoodShip, two years ago to make cannabis edibles. She found that she was spending “way too much time” getting advice from lawyers on what was or wasn’t allowed. Hall recently sold GoodShip to Privateer Holdings, a private equity firm, and is staying on. The cash infusion has given her more time to develop products, she said, and has accelerated her plans to expand to California.

While states are collecting hundreds of millions of dollars in tax revenues from marijuana businesses, and a rising number of Americans favor legalization in some form, Attorney General Jeff Sessions’ firm opposition to it poses a risk to cannabis-related companies. He could “shut the industry down tomorrow,” said Micah Tapman, co-founder of the Canopy cannabis accelerator and venture capital fund in Colorado.

Of course, there are other challenges. Evolving rules and regulations, like new packaging requirements, can add unexpected costs to processors and retailers. Companies forced to deal only in cash can run into safety and theft issues. Many small growers emerging from the black market “have no idea how to run a commercial-scale facility,” James of Marijuana Venture said.

Despite the hurdles and uncertainty facing the industry, Larson of Gateway has remained optimistic. “People are gaining confidence as legalization spreads, and the growth is going to be huge,” he said.