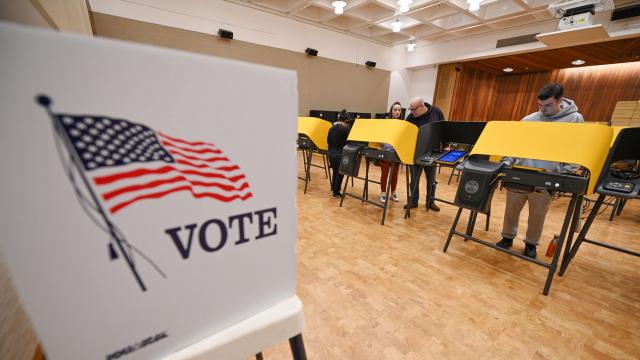 CNN — The California Secretary of State and Department of Justice have sent a cease and desist order to the California Republican Party to remove unofficial ballot drop boxes placed in at least three counties, officials announced in a news conference on Monday.

"These unauthorized drop boxes are a disservice to state and local election administrators who have spent months working on the placement and deployment of official ballot drop boxes," California Secretary of State Alex Padilla said.

California state law does not allow for the use of unauthorized vote-by-mail ballot drop boxes. Only county election officials have the authority to oversee drop boxes and ensure that they're in compliance with the law.

California Attorney General Xavier Becerra, however, said Monday that his office received "disturbing reports" that some Republican Party officials are not willing to remove the "unofficial" boxes.

California Republican Party spokesman Hector Barajas told CNN in a statement earlier Monday that the unofficial boxes amounted to an opportunity for "friends, family, and patrons to drop off their ballot with someone they know and trust."

"The Democrat anger is overblown when state law allows organizations, volunteers or campaign workers to collect completed ballots and drop them off at polling places or election offices," Barajas claimed.

Fresno County GOP Chairman Fred Vanderhoof also maintained that the party wasn't doing anything wrong in an interview with CNN, alleging without evidence that the state Democratic Party was ballot harvesting.

"We have a hypocritical situation," he said.

Padilla told CNN's Chris Cuomo on "Prime Time" later Monday that the cease and desist order has nothing to do with partisan politics and the unofficial ballot box operation is "wrong no matter who is doing it."

The unofficial boxes, he said, "don't have a chain of custody and we don't have the requirements or regulations for these fake drop boxes as you do for the official drop boxes."

"We have a ton of requirements on official drop boxes," he continued. "That's where we should be driving voters to."

A pastor at the Freedom's Way Baptist Church in Santa Clarita, California, even encouraged parishioners to use the unofficial ballot boxes on Sunday after one was placed outside the church.

"Freedom's Way Baptist provides the option to its parishioners to drop off their ballot in a safe location," Pastor Jerry Cook said.

"Isn't church pretty safe? In a safe location with people they trust rather than handing it over to a stranger who knocks on their door, which is something called ballot harvesting."

The installation of unofficial ballot drop boxes comes as President Donald Trump continues to lean into a conspiratorial message around the US voting process and mail-in voting in particular ahead of the November election.

While rare instances of voter fraud from mail-in ballots do occur, it is nowhere near a widespread problem in the US election system.

Mail ballot fraud is exceedingly rare in part because states have systems and processes in place to prevent forgery, theft and voter fraud. Those systems would apply to both absentee ballots and mail-in ballots for in-state voters.

This story has been updated with further comments from California Secretary of State Alex Padilla.