Raleigh, N.C. — Archaeologists and conservators from the North Carolina Department of Natural and Cultural Resources are carefully removing and cataloging items found inside a time capsule that was buried in 1894 beneath the cornerstone of the Confederate Soldiers Monument on Union Square in Raleigh.

After the monument and base were removed last week, the capsule was found.

On Thursday, the rusted metal box was carefully opened. 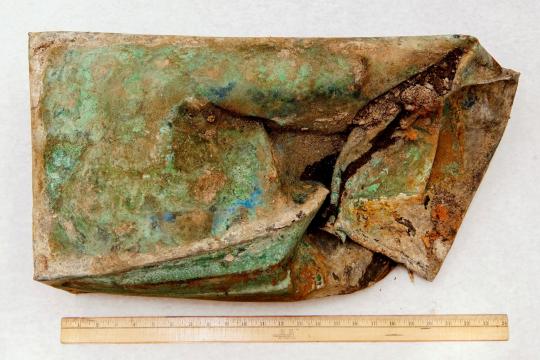 While much of what was inside had been damaged by exposure, a few items were quickly identifiable, including buttons attached to a piece of fabric and a strand of what appears to be horse hair, according to an update from the Department of Natural and Cultural Resources.

According to Michele Walker with the State Archives, the capsule was placed in base of the monument in 1894. 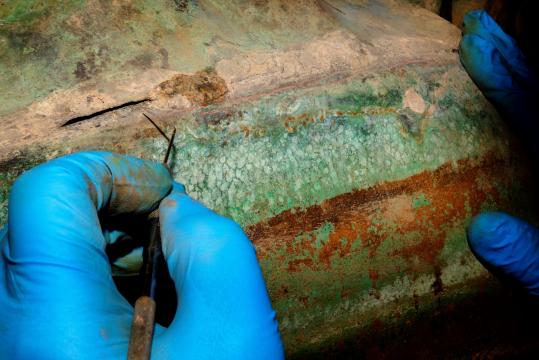 "Most of them include newspapers from the time. They may include copies of of the dedication and addresses that were delivered," said historian Kevin Levin.

Possible clues in a newspaper clipping from 1894

A newspaper article Raleigh's The Daily Press, published on May 22, 1894 makes mention of 'The Great Event,' wherein 'the cornerstone of the Confederate monument laid in the presence of a large concourse of people.' 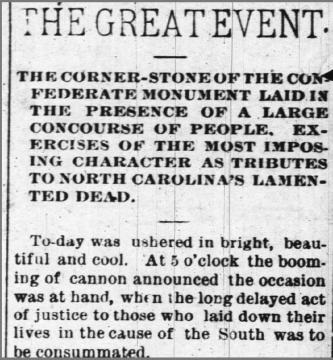 The article reads, "The following items were deposited in the corner stone:"

The article goes on to list many more items that would have been considered relevant to the social culture of the era.

As the article is over 100 years old, it can be difficult to determine whether or not this article specifically relates to the time capsule found by crews when removing the monument. However, the location and timing seem to closely match, as the dedication date of the monument was May 20, 1895, only a year later.

Here is a clipping from the newspaper. Please click the image to fully load. This article explains items put inside a box in the cornerstone, as well as people who attended the event and spoke. 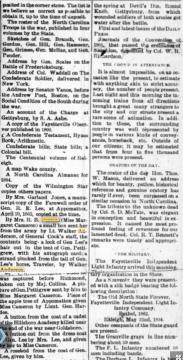