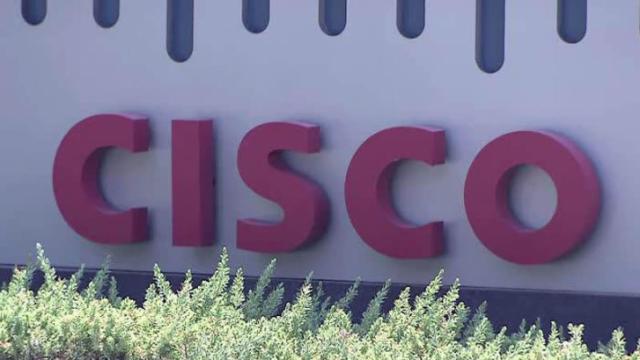 SAN JOSE, Calif. — Networking giant Cisco Systems Inc. is laying off 6,500 employees — about 9 percent of its work force — as it follows up on a plan announced in May to eliminate thousands of jobs in an effort to cut costs and raise profits.

Another 5,000 in Mexico are being transferred to another company.

The company employs more than 4,000 people at its campus in Research Triangle Park. It's the largest concentration of Cisco employees outside the corporate headquarters in Silicon Valley.

The impact on North Carolina operations is not yet known.

Karen Tillman, a spokesperson for Cisco, said in an interview Monday evening that the company would not discuss cuts at specific locations.

"We don't have a breakdown by location or geography," she said.

Asked if that information might be provided in the near future, she replied: "That's possible."

Cisco said that the employees it is letting go include 2,100 who chose to take part in an early-retirement program.

The company also has sold a manufacturing firm for set-top boxes in Mexico to Foxconn Technology Group.

While Cisco said there will be no job losses, the 5,000 employees will become Foxconn workers in the near future.

“This figure is in addition to the approximately 6,500 employees impacted by the reduction in workforce and the voluntary early retirement program,” Cisco added.

The company said it will cut 15 percent of its employees at and above the level of vice president.

A portion of Cisco's announcement:

“Impacted employees in the United States, Canada and select countries will be notified during the first week of August. The remainder of the global workforce reductions are expected to occur at a later date in compliance with local laws and regulations.”

Cisco said it will take a restructuring charge of $1.3 billion “over several quarters” to cover the costs of the layoffs.

The company will offer severance pay and assistance finding new employment to those laid off.

Cisco will inform employees who have been cut in the U.S., Canada and some other countries during the first week of August.