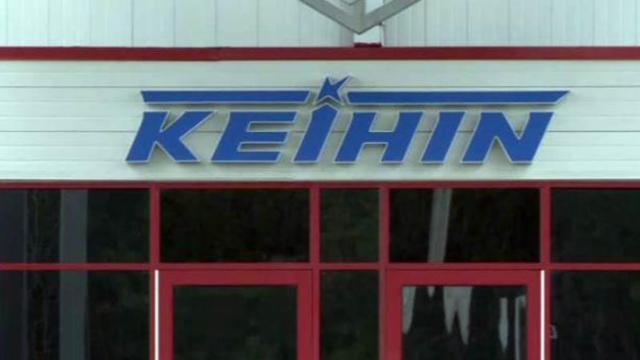 Japan-based Keihin Corp. has numerous plants in the areas hardest hit by the natural disasters. The workers were visiting the Keihin Carolina System Technology plant in Tarboro, which makes engine control units and electronic assemblies for Honda Acuras, when they learned of the destruction in their homeland.

"It was awful, and I was very sad," Toyonori Hanada said Wednesday through a translator.

The quake hit his hometown in the Miyagi Prefecture of Japan, and he said he has been desperately trying to get back to his wife and daughter.

Hanada said he thinks he may be able to fly into Japan next week. "But from that airport to my house, I still don't know how to get there," he added.

About 20 of the 370 workers in Tarboro are originally from the affected area. Company-wide, there are still 10 workers in Japan unaccounted for after the quake.

Masahiro Wakaki, senior vice president of the Tarboro operation, said he struggled to reach his 80-year-old parents in Japan after the earthquake.

"Because of the media, I was able to quickly understand how critical or how big the damages are over there," Wakaki said through a translator. "The mother company, Keihin in Japan, sent some associates over to my parents' home and confirmed their safety, and I was very glad."

Keihin is trying to keep production moving despite supply lines being interrupted because damaged plants in Japan have been shut down.

The company is also working to help employees make contact with family members in Japan and is raising money to help the country rebuild.

"It's terrible. I am just at a loss for words," Hanada said of the disasters.