More than $98B in improper government payments 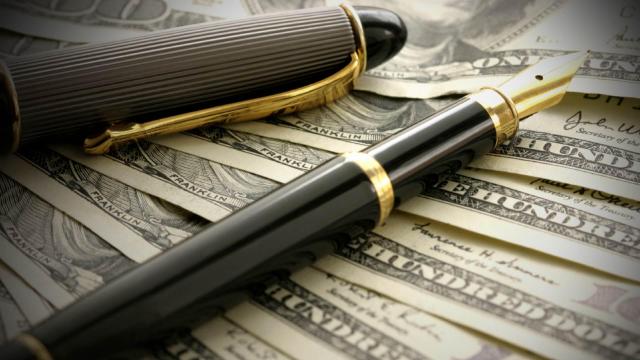 WASHINGTON — More than $98 billion in taxpayer dollars spent by government agencies was wasted, much of it on questionable claims for tax credits and Medicare benefits, representing an increase of $26 billion from the previous year.

In all, about 5 percent of spending in federal programs in fiscal year 2009 was improper, according to new details of a government financial report that were released Tuesday. Saying the overall error rate was similar in 2008, officials attributed the $26 billion jump to some changes in how to define improper spending as well as an increase in overall spending due to the recession.

President Barack Obama is expected to sign an executive order within the next week aimed at cracking down on government waste and fraud, particularly in Medicare and other benefit programs. In the 2009 report, the government officially reported questionable Medicare payments of roughly $36 billion, but that amount will be revised upward to about $48 billion next year as the Health and Human Services Department fully converts to a new methodology that imposes stricter documentation requirements.

"We need to protect taxpayer dollars," Peter Orszag, director of the Office of Management and Budget, told reporters. "Every dollar that goes to the wrong recipient or in the wrong amount is a dollar not available to help an unemployed worker, or to invest in education or key priorities of the administration."

Under the executive order, every federal agency would have to maintain a Web site that tracks improper payments, error rates and outstanding payments. If an agency doesn't meet targets for reducing error rates for two years in a row, the agency director and responsible official will have to directly report to OMB to explain the delinquency and new actions they will take.

The Obama administration will also seek to impose penalties on government contractors that receive improper payments so they have incentives to return the money, Orszag said.

Among the reported waste:

-Agriculture: $4.3 billion in improper payments, or 5.9 percent of total department spending. Much of it was in the food stamp, federal crop insurance and school meals programs.

-Health and Human Services: $55.1 billion, or 9.4 percent. That included improper payment rates of 7.8 percent and 15.4 percent in the Medicare fee for service and Advantage programs, respectively.

-Housing and Urban Development: $1 billion, or 3.5 percent. All of it was attributed to public housing and rental assistance.

-Labor: $12.3 billion, or 9.9 percent. Almost all of the improper payments were in the unemployment insurance program.

-Treasury: $12.3 billion, or 25.5 percent. All of it was attributed to improper payments in the earned income tax credit.

-Transportation: $1.5 billion, or 3 percent. Much of it was in the Federal Highway Administration planning and construction program.

-Veterans Affairs: $1.2 billion, or 2.7 percent. That included improper payments in the pension and other compensation programs.

Sen. Tom Carper, D-Del., who chairs a Senate panel on federal financial management, said he worried that the latest numbers "may still be just the tip of the iceberg" since they don't include estimates for several programs such as the Medicare prescription drug plan.

"It goes without saying that these results would be completely unacceptable in the private sector, as they should be in government, especially at a time of record deficits," Carper said.

Copyright 2011 by The Associated Press. All rights reserved. This material may not be published, broadcast, rewritten or redistributed.