Some N.C. jobless to get extended unemployment benefits 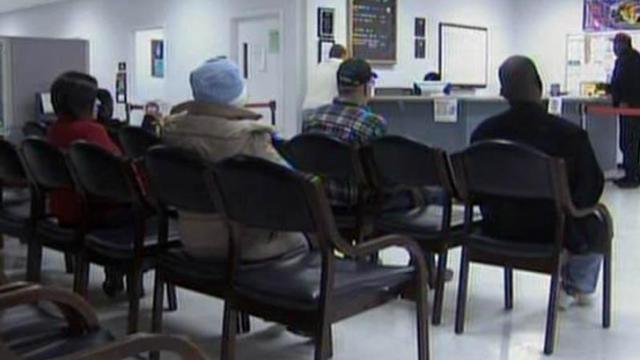 WASHINGTON — The state Employment Securities Commission has been inundated with questions about an extension of unemployment benefits included in a $24 billion economic stimulus signed by President Barack Obama Friday.

With an unemployment rate of 10.4 percent in September, North Carolina qualifies as one of the harder-hit states under the bill. That allows the unemployed to get up to 20 more weeks of benefits.

In states with an unemployment rate below 8.5 percent, the unemployed can get an additional 14 weeks.

The extra 20 weeks could push the maximum a person in a high unemployment state could receive to 99 weeks, the most in history. Unemployment checks generally are for about $300 a week.

In North Carolina, 8,131 people exhausted their unemployment benefits from late August to late October, according to SEC statistics. Without the most recent extension, approximately another 13,000 will run out of benefits in the next two months.

The bill only applies to benefits that are exhausted this year. Extending benefits that run out in 2010 will take additional legislation, according to the bill's sponsor, Rep. Jim McDermott, D-Wash.

Without additional legislation, the ESC estimates that approximately 112,000 North Carolinians will exhaust their unemployment benefits in the first six months of 2010.

ESC officials said they are still working to determine exactly who many North Carolinians will qualify for the unemployment benefits extension. It could be up to a month before the agency knows details of the bill, officials said.

The cost of the unemployment benefit extension, about $2.4 billion, is paid for by extending a federal unemployment tax on employers.