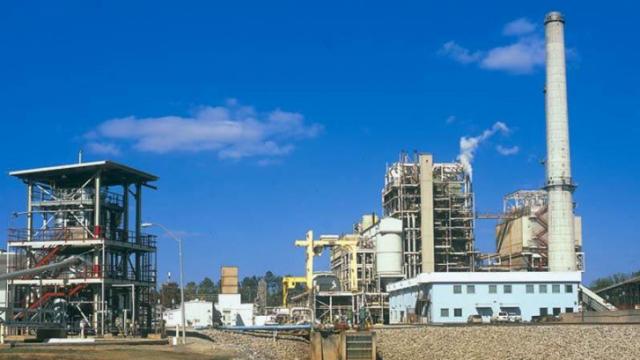 If approved, the $900 million plant would create up to 500 construction jobs, company officials said. It would open in 2013 and generate 950 megawatts of electricity, more than doubling the output of the existing H.F. Lee Plant, officials said.

"This is an important milestone for our company and for our state," Lloyd Yates, president and chief executive of Progress Energy Carolinas, said in a statement. "The Lee Plant has been producing electricity reliably and cost-effectively for our customers for more than 50 years, but as emission targets continue to change and as legislation to reduce carbon emissions appears likely, we believe, in this case, it's in the best interest of our customers to invest in advanced-design, cleaner-burning generation for the future."

In 2000, the company built four combustion-turbine units next to the Lee Plant, called the Wayne County Energy Complex, and a fifth combustion turbine was added this year. Those units are used primarily as peaking plants to meet increased demand for electricity on the hottest and coldest days of the year.

State lawmakers last month approved legislation to streamline the certification process to switch technologies like Progress Energy plans to do.

The project also will involve the construction of a natural gas pipeline to fuel the new plan. Company officials said the pipeline would extend large-volume gas supply further into eastern North Carolina, which could be a catalyst for future economic development in the region.

"This is the best of both worlds," Yates said. "Advanced technology that brings cleaner air in about three years, and an extension of the gas infrastructure to attract and retain business and industry to create jobs and economic growth for many years to come."

The additional generating capacity will be used to meet the demands of a growing customer service area, officials said.

"Coal-fueled power will continue to be vital to our ability to meet customer needs reliably and affordably in future years," Yates said. "We have already invested more than $1.3 billion in clean-air equipment at our largest units, and we have reduced emissions dramatically."

About 70 people work at the Lee Plant. Progress Energy officials said they would work to ensure that as many as possible will have jobs at the new facility or opportunities to move to other positions in the company.