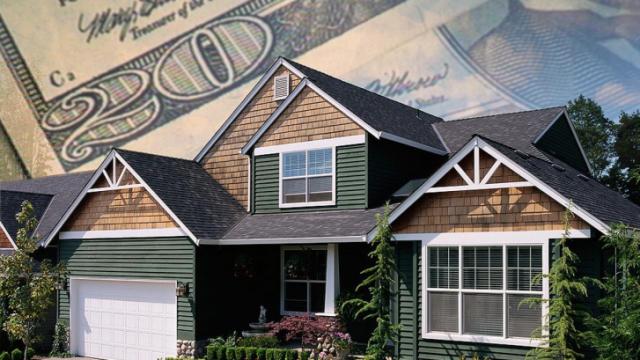 Raleigh, N.C. — The number of homes and properties facing foreclosure in North Carolina fell sharply in the first six months of this year, according to foreclosure tracking firm RealtyTrac.

However, the overall good news was offset by a sharp increase in foreclosure activity in June, the California-based firm reported Thursday.

North Carolina homeowners have benefited from legislation paces by the General Assembly last fall that created a moratorium for many foreclosure actions. The Obama administration also launched a mortgage plan in March designed to help homeowners facing foreclosure.

However, in June, foreclosures jumped 23 percent from May, RealtyTrac said. The total number of properties involved in some state of foreclosure increased to 3,175.

Nationally, the number of U.S. households on the verge of losing their homes soared by nearly 15 percent in the first half of the year.

“In spite of the industry-wide moratorium earlier this year, along with local, state and national legislative action and increased levels of loan modification activity, foreclosure activity continues to increase to record levels,” James Saccacio, chief executive officer of RealtyTrac, said in a statement.

“Unemployment-related foreclosures account for much of this increased activity, and the high number of borrowers who find themselves owing more on their mortgages than their homes’ are now worth represent a potentially significant future risk,” he added. “Stemming the tide of foreclosures is a critical component to stabilizing the housing market, so it is imperative that the lending industry and the government work in tandem to find new approaches to address this issue.”

The mushrooming foreclosure crisis affected more than 1.5 million homes in the first six months of the year, RealtyTrac said.

The data show that, despite the Obama administration's plan to encourage the lending industry to prevent foreclosures by handing out $50 billion in subsidies, the nation's housing woes continue to spread. Experts don't expect foreclosures to peak until the middle of next year.

Foreclosure filings rose more than 33 percent in June compared with the same month last year and were up nearly 5 percent from May, RealtyTrac said.

"Despite all the efforts to date, we clearly haven't got a handle on how to address the situation," said Rick Sharga, RealtyTrac's senior vice president for marketing.

More than 336,000 households received at least one foreclosure-related notice in June, according to the foreclosure listing firm's report. That works out to one in every 380 U.S. homes.

It was the fourth-straight month in which more than 300,000 households receiving a foreclosure filing, which includes default notices and several other legal notices that homeowners receive before they finally lose their homes. Banks repossessed more than 79,000 homes in June, up from about 65,000 a month earlier.

On a state-by-state basis, Nevada had the nation's highest foreclosure rate in the first half of the year, with more than 6 percent of all households receiving a filing. Arizona was No. 2, followed by Florida, California and Utah. Rounding out the top 10 were Georgia, Michigan, Illinois, Idaho and Colorado.

The Obama administration in March launched a $50 billion plan to give the lending industry financial incentives to modify mortgages to lower payments, but it's off to a slow start.

As of early July, about 130,000 borrowers were enrolled in three-month trial modifications under the plan, and 25 mortgage companies have signed up to receive potential payments of up to $18.6 billion, according to the Treasury Department. But analysts and housing counselors say it isn't having much of an impact.

"The plan isn't going well, at least not yet," said Mark Zandi, chief economist at Moody's Economy.com. "It's a creative plan with lots of incentives, but it's very complex.

In testimony prepared for delivery at a Senate hearing on Thursday, Bank of America executive Allen Jones said the company has about 80,000 loan modifications in the works under the new government guidelines, including some that aren't in the three-month trial phase yet.

"We have achieved this level of success by devoting substantial resources to this effort," Jones said, noting that the company has more than 7,000 employees handling calls and working on modifications.

Industry experts, however, say the response from most mortgage companies has been lackluster.

"They've been slow to make sure they understand it and put all the processes and people in place," said Joel Lewis, vice president of financial services at Convergys Corp., which runs call centers for the financial industry and other companies.

A week ago, Treasury Secretary Timothy Geithner and Housing Secretary Shaun Donovan sought to ramp up pressure on the industry, saying in a letter to participating mortgage companies that the industry needs to "devote substantially more resources to this program for it to fully succeed." They also summoned mortgage executives to a July 28 meeting with top government officials.

Though the program was launched months ago, few companies are upgrading their computer systems to process loans rapidly, said Bill Kelvie, chairman of Overture Technologies in Bethesda, Md.