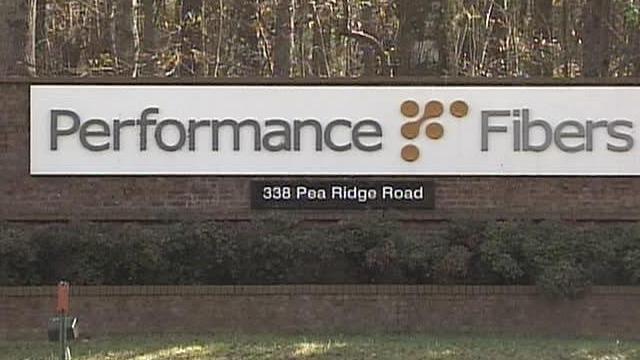 Moncure, N.C. — Performance Fibers plans to lay off workers at its Moncure plant to deal with slumping demand, more competition and higher costs.

The plant will remain in operation but at reduced capacities, said Joan Izzo, global marketing communications director. The initial phase of layoffs will affect fewer than 20 hourly employees and will be voluntary, she said.

Performance Fibers will provide benefits and other assistance for affected employees, Izzo said.

Those affected will be notified in October and leave by early next year, according to a mass-layoff notice filed late last week with the state Department of Commerce.

Performance Fibers manufactures polyester to reinforce tires and belts and for industrial fabrics and upholstery. Its North American business has struggled as customers restructure their operations, Asian rivals increase production, and expenses for materials and energy surge.

The company said in April that it would reduce manufacturing capacity in Moncure and at a plant in Salisbury.