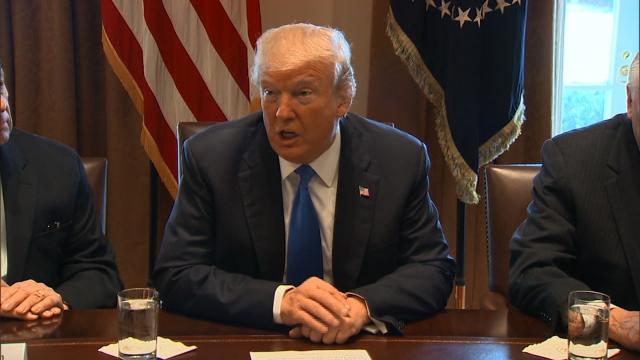 By Jackie Wattles and Tal Kopan

That's the name for undocumented immigrants who were brought to the United States as children. Dreamers who sought protection under the Obama administration's Deferred Action for Childhood Arrivals program are shielded from deportation and can obtain valid driver's licenses, enroll in college and legally secure jobs.

But the fate of those protections has become an open question ever since President Trump moved to rescind DACA in September.

Now, chief executives and other leaders from more than 100 companies -- including Apple, Microsoft, Google, Facebook, Amazon, IBM, Coke, Target and Best Buy -- have cosigned a letter addressed to top Congressional leaders. It urges lawmakers to "act immediately and pass a permanent bipartisan legislative solution to enable Dreamers who are currently living, working, and contributing to our communities to continue doing so."

The letter calls on Congress to get something passed before January 19 -- 45 days before DACA officially ends on March 5th. According to the New York Times, three former Department of Homeland Security secretaries estimated that is the amount of time the agency will need to implement a new program.

"[F]ailure to act in time will lead to businesses losing valuable talent, cause disruptions in the workforce, and will result in significant costs," the letter says. "Studies by economists across the ideological spectrum have also determined that if Congress fails to act our economy could lose $215 billion in GDP."

When Trump announced his plans to end DACA, he said he viewed the policy, implemented by President Obama, as an overuse of executive authority. He has also urged Congress to act on the matter before the program officially ends.

On Tuesday, a federal judge in California moved to temporarily block the administration's efforts to end DACA while challenges to Trump's move play out in court.

But the larger fight for a permanent solution for Dreamers goes on. Large swaths of the business community have lobbied on behalf of Dreamers before. In October, more than 60 companies joined together to form The Coalition for the American Dream. That coalition paid for the full-page ads that will run in the Times and Journal Thursday.

Many of those members also signed a legal brief in support of Dreamer protection in November.

IBM said in a statement posted to its official Twitter account Wednesday that the DACA ruling "makes it even more clear that Congress must act now to give clarity and certainty to #Dreamers."