As Durham grows, so does the strain on parking downtown.

The City's Transportation Department held four open houses at the Durham Armory Tuesday to reveal the results of a recent parking study, which received more than 1500 responses.

At the open houses, attendees could view those results, ask questions, and provide additional comments about potential solutions to the parking issues. The most common concern among survey respondents was clear.

The City’s consultant firm, Nelson\Nygaard, proposed solutions for the downtown parking crunch, which include improving alternate transportation, such as public buses, and carpooling, as well as improving pedestrian and cycling infrastructure.

“We all need to learn more about riding the bus,” downtown visitor Becky Winders said. “And I love the little bicycles. I might try that,” she said, referring to the various dockless bike share programs that launched late last year.

A parking deck with more than 600 spaces on Morgan Street is one of the ways the city is trying to ease parking pains. 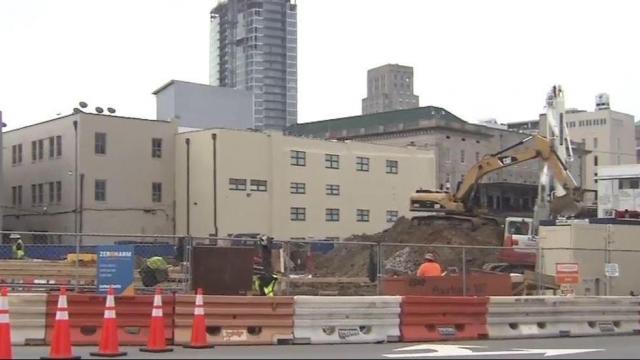 But some believe any new development downtown should be for affordable housing, not parking.

“Some of us think that when it comes down to it, it’s going to be whether you’re going to house cars or house people,” Winders said. “That’s my priority, affordable housing.”

City Councilwoman DeDreana Freeman stopped by the open house and agreed that affordable housing needs to be a key part of the conversation as downtown Durham grows.

“I want to make sure that we don’t just create some more parking spaces. That we actually add some affordable units of housing in addition to the parking spaces,” Freeman said.

The mayor and City Council members have previously said that affordable housing is a key concern in the city.