Business boom makes Downtown Raleigh the place to be

Raleigh, N.C. — As Raleigh's cityscape continues to evolve and change, new businesses are moving in and changing the look and experience of the downtown area.

From 1977 to 2006, Fayetteville Street was a pedestrian mall. But when the city reopened the street to traffic, it ushered in an economic boom for small businesses.

"There was a train trolley coming down here,” Mark Murrell said. “In fact, the Belk’s cafeteria is where a lot of people (went) to eat.”

There are a lot more eating options, night spots and other businesses along Fayetteville Street, which is why a new national burger chain Wahlburgers, is opening up a Raleigh location.

“Fayetteville Street has become sort of the heartbeat of Downtown Raleigh, we feel we are very privileged to be part of it, and we are excited to be here,” Wahlburgers manager Drew Doss said. 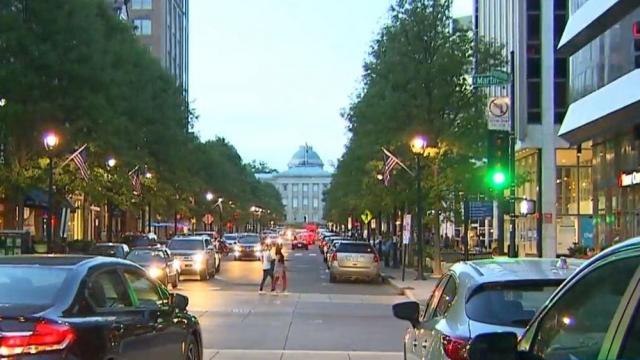 The city is adding almost 3,000 residential units, which could attract another 4,500 people to live in the downtown area.

And as the Triangle becomes a more popular travel destination, the Alliance said more than 600 hotel rooms will be needed.

The upside of the growth isn't lost on longtime residents.

“The nightlife - it is so much fun and the food and there's good restaurants,” one resident said.

“Raleigh has its own identity, I think that’s what is valuable about Raleigh,” Murrell said. “It’s creating its own type of pedestrian feel.”