Burned by hot housing market, some buyers back off 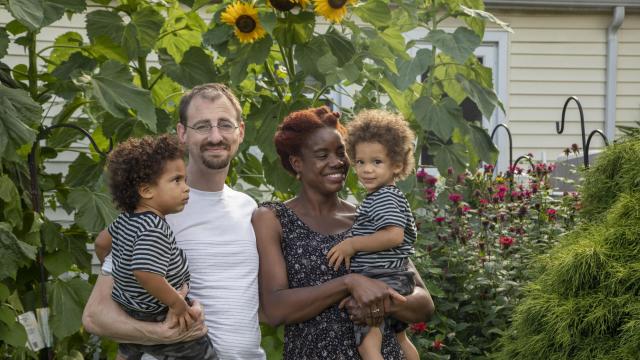 The first house was in Midvale, Utah — a three-bedroom, just over 2,100 square feet, listed for $479,000. Rob Ettaro and his girlfriend, Kaliana Veros, who had moved from western New York to Salt Lake City, drawn by career opportunities and the stunning scenery of the Wasatch Range, decided to make an offer.

This was back in the wintertime, when the young couple had a modest wish list that included room for family to visit. Their hearts still raced at the idea of being homeowners. Ettaro and Veros offered $6,000 over the asking price. The house sold for $60,000 over.

Wised up, on the next house they offered $60,000 over list and waived the inspection. There were 54 offers. They were not even close.

On it went through the spring, their mounting frustration told in the numbers: 70 house tours; 14 offers made; not one accepted.

“Here’s another one,” said Ettaro, reading from the detailed spreadsheet he keeps. “We did $35,000 over asking, and they ghosted us. No repairs. As-is. They just never answered us.”

Finally, after five months, Ettaro, 30, and Veros, 26, had had enough; they stopped looking. “Just the mental energy we were expending going to see these houses and trying to envision ourselves in them and it not working out again and again and again,” Veros said.

Ettaro added, “We’re literally giving them everything we can, and that’s still not good enough. We were feeling really burned out.”

Mortgage rates may be historically low, but so is homebuyer morale these days. Last month, the Fannie Mae Home Purchase Sentiment Index showed that 64% of people believe now is a bad time to buy, up from 56% the month prior. Stratospheric prices, brutal bidding wars and record-low inventory have conspired to make many prospective homebuyers frustrated and fatigued.

And some are calling off their search, for reasons that range from an inability to compete financially, to an unwillingness to waive contingencies like an inspection, to a belief the market will cool in time. Home sales have dropped for four months straight, even as prices have hit record highs.

Mark Boyland, a Realtor with Keller Williams in Bedford, New York, is noticing “some buyer fatigue out there,” he said. “If you’ve lost out on four or five multiple offer situations, you say, ‘Maybe we should wait until things cool off.’ ”

A real estate market like the current one may be a boon to sellers, but it is emotionally exhausting for would-be buyers. “Every time you’re putting an offer on a house, you’ve effectively fallen in love,” Boyland said. “And now you’re getting your heart broken — over and over and over again.”

Thomas Brown is co-founder of the Agency Texas, a brokerage that serves San Antonio, Houston and the Austin metro area, where home prices were up 43.9% year over year in April, the biggest jump among the country’s largest 85 metros, according to a report by Redfin. Not surprisingly, “there’s a lot of people pausing their searches right now,” Brown said. “The market is starting to stabilize. Not normalize. Stabilize.”

That stabilization is happening, in Brown’s view, because “there’s just going to be less buyers.” Austin’s rental market is heating up for the same reason. “People are going, ‘I can’t buy the house. I’m going to rent for a year.’”

Greg and Daphne Decoteau are renting in Boise, Idaho, though not by choice. In 2019, the couple, empty nesters in their 60s, moved from California’s Napa Valley to Boise to live out their retirement years, drawn by the lower cost of living and active lifestyle. Acting prudently, they visited the area in all four seasons before moving and rented before committing to a home purchase.

Then the pandemic hit, pulling their attention away from house hunting. By the time the Decoteaus started looking again last December, the local market, already hot, had taken off like a rocket. They waited and watched, “expecting some sanity to creep in,” as Greg Decoteau put it.

A retired technology hardware salesman, Greg Decoteau had a real estate license in college, and his wife is a former broker. They consider themselves financially astute. They have bought and sold several homes over the course of their marriage. Finding themselves in limbo, they are now reduced to living in a 1,000-square-foot rental with most of their belongings in storage. They, too, have stopped looking.

“Frankly, we don’t have the resources to play that game,” Greg Decoteau said. “We’re past our prime earning years. It’s less a question of appetite than our financial reality. I wake up every morning and kick myself for not having seen this coming.” But how could anyone have predicted the irrationality of this housing market? Candice Smith, a Redfin agent who covers Westchester and Rockland counties, north of New York City, is still working with buyers who started looking in February. “This market, you’re going to be in it for the long haul,” Smith said. “The average person would be tired if you put in 15, 20 offers and are getting outbid by the competition.”

Even under normal conditions, the buyer-broker relationship has aspects of a therapy session, with buyers projecting their hopes and dreams on a house and agents trying to translate and temper those desires. These feelings only become heightened when large sums of money are involved. But brokers are doing extra hand-holding these days as buyers get their hopes crushed and lose faith.

“After every loss, you have to keep encouraging them,” Smith said. “I have a buyer right now who said they’re going to take a break. I advised them to take the emotion out of it. What I do is restrategize. I’m walking them back through the process of why they lost, talking about the appraisal strategy.”

Jennifer Louis, an agent in Boise who has been working with the Decoteaus, said that she makes sure her buyers understand what it takes to find a house in a “Hunger Games”-like environment. And what does it take?

“You have to make a decision literally sometimes in an hour,” Louis said. “Sometimes not even. There’s a line out the door. You have 15 minutes to see the house and make a decision.

“I need people who are reactive and available. I’ve had others where they don’t get back to me for a day or two. Well, it’s gone. You have to take time off work. You have to fly into town or do whatever it takes.”

For any buyer who wants to seriously compete, the house hunt has become an all-consuming second job. That level of engagement, often without reward, is also leading to buyer burnout.

Ettaro and Veros were seeing between five and 10 houses a week, spending hours scanning listings online and living on takeout food as they drove to open houses in farther-out areas they hoped to better afford. Instead of hiking or mountain biking on weekends, activities they both love to do, they were touring houses they were all but assured not to get, and arguing.

“We were having arguments over whether, ‘Hey, do you want to look at five houses today?’” Ettaro said.

“We came to the conclusion this is clearly affecting us. We need to step back and relax for a minute and see how things go,” Veros said.

Faced with such fierce competition, buyers tend to fall into two camps: those who become defiant and determined to land a house, and those, like Nick Sauro, who would rather check out of the mania.

Sauro, 41, and his wife, Ilone, 39, own a starter home in New Rochelle, New York, where they live with their 18-month-old twin boys, 8-year-old daughter and Ilone Sauro’s mother. They need more space, desperately. They have a budget of $750,000 to upgrade. But when they started looking this spring, “there was just nothing out there,” Nick Sauro said.

“Every house we liked was this crazy bidding war,” he said. “Then these other houses just aren’t that great. They need a lot of work. You walk out. You’re kind of disgusted. We can’t move to a fixer-upper. And that’s all that’s out there.”

As summer came, the Sauros decided to enjoy the weather. Their current house may be cramped, but they own it, and buying it eight years ago was relatively stress-free. “If you’ve been through the process,” Nick Sauro said, “why would you partake in this craziness?”

For first-time buyers, however, it can feel like they may never get beyond the frenzy and become homeowners. And in markets where prices have increased by 25% or more in a matter of months, a sense of hopelessness is not an overreaction to losing a few bidding wars.

“For the young ones, it’s heartbreaking, because if they don’t already have a house or a family that’s going to finance them, it’s getting almost impossible to find them a home,” said Louis, the agent in Boise. Ettaro and Veros have made the decision to continue renting in Salt Lake City, wait it out and hope they can eventually buy. “Maybe it will level out,” Ettaro said. “Maybe we won’t have to go $70,000 over asking and get beat out by 50 other offers.”

The Decoteaus, too, at a different stage in life but facing the same dilemma, are sitting on the sidelines, feeling not so much burned out as plain burned.

“We’re sitting here trying to figure out what the hell we’re going to do,” Greg Decoteau said. “We’re not sure we’re going to be able to stay here. We’re just about priced out.”

On their list of places to retire to, the Decoteaus also included Asheville, North Carolina; Medford, Oregon; and Colorado Springs, Colorado. Perhaps one of those communities is still affordable?

“My suspicion is, those places are sucked up in this insanity also,” Greg Decoteau said. “Our other option is to stay in this little apartment until we go crazy.”