Buried treasure in Cary: The ghostly legend of the abandoned High House

The next time you drive down High House Road in Cary, take a look around – you may be driving past the legendary buried treasure of Fanning Jones.

In fact, that section of land stretching along High House Road has rumors of treasure, ghosts and haunted woods that date back to the 1800s – and possibly even older.

The High House is believed to have been built in the 1760s, prior to the founding of the United States, by Tingnal Jones. The house itself is long gone, reportedly abandoned in the early 1900s, and the exact location is not agreed upon, but modern day historians have searched for its remnants.

Many have also searched for the old family cemetery, which may provide a clue to where the house once stood – and thereby a clue to the general whereabouts of the legendary tract of land. Only recently was the family cemetery finally discovered, hiding and forgotten in a Cary neighborhood, with cemetery markers crumbling and overgrown.

Somehow, despite the house and cemetery being abandoned for potentially around a century, the legend of the High House, its buried treasure and the haunted woods surrounding it have survived.

If only we could find it. 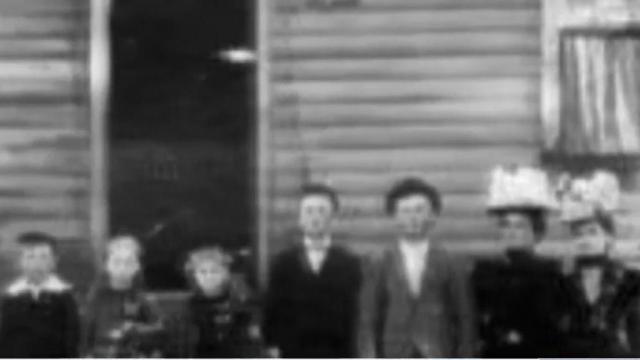 Where was the High House?

"It was set back by about four hundred feet from the road with a few Oaks in the front," according to Robert Hoke Williams, who passed down the oral history from his family, who lived there in the 1800s.

It was called the High House because it stood high on a hill, dominating the landscape below with its two-story frame, high ceilings and full balconies.

According to Williams, it stood on the left side of High House Road, just west of Cary.

"There stands a desolate house with vacant windows and grinning rafters, a high four-square old house, dating from the Revolutionary time, but which has been deserted many years," wrote Hope Chamberlain in her book The History of Wake County, North Carolina.

However, the exact location is never mentioned. Suburban sprawl, changing road names, new houses and fading history seem to have erased the exact spot where the home once stood.

According to documentation, Williams himself visited the crumbling ruins of the High House in 1930, and at the time all that was left were "big rocks used for the chimney and pillars of the house."

The chimney, according to legend, marked the exact spot where Fanning Jones buried the treasure.

Jones left North Carolina around 1822. Sometime afterward, Williams' ancestors moved into the home – and began having dreams about a hidden treasure in their midst.

One night, a voice came to Leander Williams in a dream, whispering of a secret treasure in the fireplace. That very same night, a similar voice visited Williams’ mother.

The pair each rushed to the hearth upon waking, hoping to follow the instructions given by the dream-voice. Eerily, the fireplace had been dug up and destroyed that very same night.

It wasn't uncommon during the 1700 and 1800s for families to bury treasure on their lands – often hiding it from invading soldiers during wartime. A similar legend of buried treasure exists in Raleigh: The tale of Poole's gold hidden deep in the woods around an old house.

The treasure was never found; but Cary Citizen shared a theory about what happened to the High House, saying perhaps greedy treasure hunters tore it apart throughout the decades, hoping to find the gold. 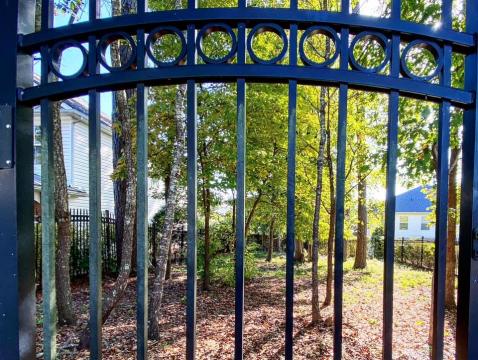 When describing the location of the High House, Williams said, "A short distance away was the Family Cemetery where my Great Grandfather, Nathaniel Green Alford, and Great Grandmother, Nancy Liles Alford, along with other members of the family, and also a few of the slaves, were buried."

Historians have searched for the lost cemetery, hoping to find a clue to the location of the lost High House. 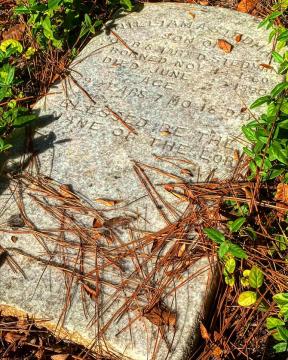 Recently, historians with the Friends of Page-Walker had a break, finding a family cemetery associated with the High House. It is uncertain if this is the specific cemetery described by Williams, where Nancy Alford and Nathaniel Green Alford are buried – but it is definitively connected with the family who lived in the house.

The cemetery was found hidden in a nearby development, close to where historians have estimated the High House to have once stood. With many of the headstones fallen over and broken, it seems likely there are some unmarked graves in the plot, which could have belonged to the family members Williams described.

The front half of the cemetery seemed to be the oldest portion, with sunken areas indicating graves that were unmarked. One grave seemed to have been marked with just an old stone, jutting out of the ground like a small pillar. 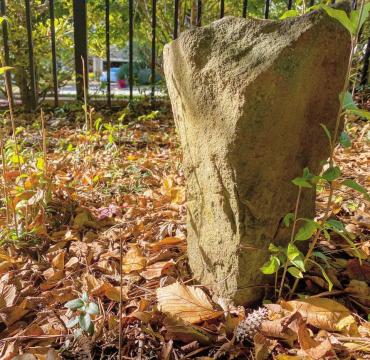 The Friends of Page-Walker wrote a detailed look at the history of the cemetery and people buried within it.

There are several ghost stories centered around the High House and the stretch of land nearby.

Some of the legends center around haunted woods or a haunted grove within walking distance of the High House, where at least one woman went missing. When they found her, she was described "as if possessed."

One of the most eerie and tragic tales is the death of Mrs. Jones, recorded in The Raleigh Register in 1806. 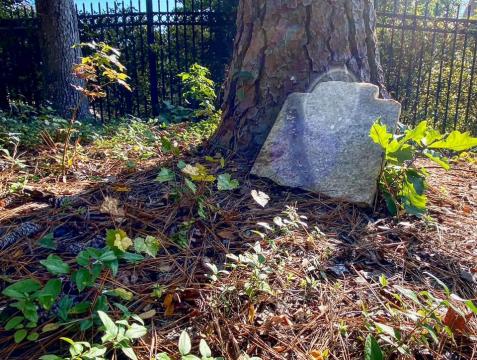 The Raleigh Register reported Mrs. Jones had gone missing, but "was found in a grove, depraved of all reason, where it is supposed she had been praying (having been very religious for some time past). She remained in the deplorable condition till her death."

Many tragic and unusual deaths happened on the property of the High House -- accidental drownings and shootings. One poor woman was reportedly strangled to death by a jealous lover while watching horse-racing.

Perhaps as a result of these tragic deaths, many visitors of the High House claimed to see spirits and shadows. In particular, a ghostly woman was reported to haunt the plantation. Her apparition was seen many times through out the decades, and she did not appear to be a friendly ghost, playing pranks, but rather an ominous figure that terrified all who saw her. 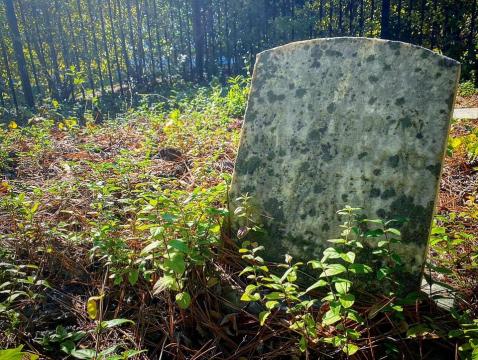 In the 1870s, one story tells of a little girl waking in the middle of the night to ask her father for water. They stepped outside on the porch together late at night to get a drink. The little girl had just taken the water dipper into her hand when she began screaming. Her father turned to see a woman standing eerily and still in the dark front yard. He ushered his daughter back inside, and they cut their visit short, returning home to Raleigh the next morning.

In the 1860s, an 11-year-old boy saw a woman wandering the plantation field in broad daylight on a Sunday. He looked up from the field and saw a woman slowly walking towards the house. Thinking his mother had returned from church, he rushed back to the house to greet her. But when he stepped through the front door, the house was silent and empty – and his parents did not return until sometime later.

Where are those haunted woods today?

Many historians believe the High House stood on the corner of Maynard Road and High House Road, where a stretch of Greenway runs into the woods.

The cemetery itself is nestled in a neighborhood.

If you want to give yourself a good scare this Halloween, take a stroll down the Greenway and see if you can catch a glimpse of the ghostly woman of the High House. After centuries of development, do you think she's still there?

Take a live tour through the High House cemetery

WRAL's Hidden Historian provided a virtual tour via live stream. Take a firsthand look and listen to the history!

Have a ghost story or urban legend you'd like to see explored by WRAL's Hidden Historian? Email her at hleah@wral.com.