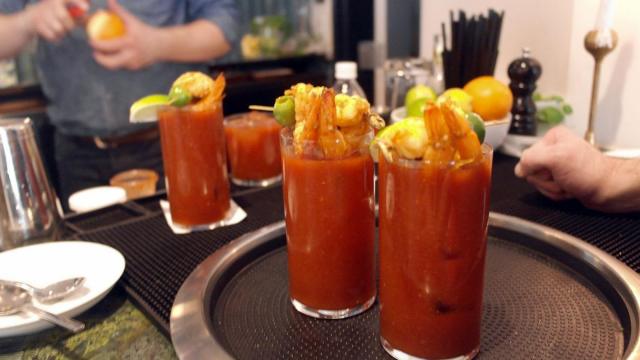 Raleigh, N.C. — Restaurants could ask their local governments for the right to serve alcohol on Sunday mornings starting at 10 a.m. under a bill filed Wednesday in the state Senate.

Currently, neither grocery stores, restaurants nor bars can serve alcohol before noon on Sundays. Dubbed the "brunch bill," Senate Bill 155, as filed by Sen. Rick Gunn, R-Alamance, would give city and county governments the option of allowing restaurants to begin selling alcoholic beverages two hours earlier on Sundays.

"If they feel like this would be good for their local economy, they can do it," Gunn said.

He has filed other measures to loosen restrictions on alcohol sales. Those measures are generally opposed by social conservatives who oppose broadening the availability of alcohol.

North Carolina's Sunday sales restrictions amount to blue laws that nod to historical religious practice and values. While such limits are in keeping with North Carolina's Baptist history, they clash with modern sensibilities, especially in beach and mountain communities that rely on tourist dollars to drive their economies.

"This 'brunch bill' will allow our North Carolina restaurants and hotels to meet their guests' needs," said Lynn Minges, chief executive of the North Carolina Restaurant & Lodging Association. "With 55 million visitors to our state every year, this bill will be good for tourism and hospitality. The local 'opt in' provision is a new approach. We believe a number of counties will want this new option for their citizens and guests."

The measure would also allow distilleries to sell five bottles of alcohol directly to each individual who takes a tour every year, rather than going through an ABC store. Currently, that limit is one.