Brothers recovering after being shot outside Fayetteville bar; suspects sought 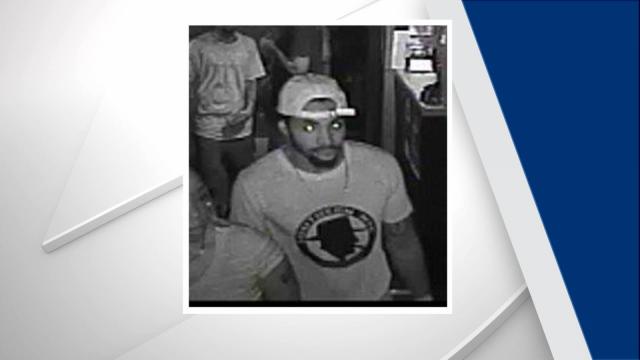 Fayetteville, N.C. — Fayetteville police on Saturday released surveillance photos of suspects wanted in connection with an early Friday shooting outside a bar on South Eastern Boulevard.

Brothers Laquan Bronson, 29, and Steven Bronson, 25, were both shot early Friday outside the Drunk Horse Pub at 106 S. Eastern Boulevard. Both men were taken to Cape Fear Valley Medical Center, where they are listed in good condition.

Police say a physical altercation took place inside the bar at about 1 a.m. Friday between the Bronsons and an unknown group of suspects. When the altercation moved outside the club, the suspects began shooting at the brothers.

The suspects fled the area in two vehicles, a silver sedan and a white Dodge Challenger.

Anyone with information about the shooting or the identity of the people in surveillance photos from inside the club should call the Fayetteville Police Department at 910-676-2596 or Crime Stoppers at 910-483-8477.