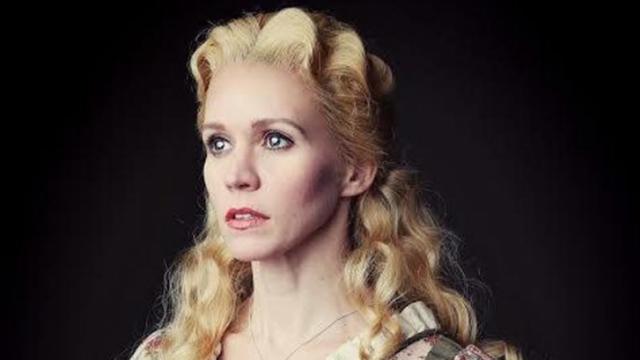 Lauren Kennedy is no stranger to the stage. The Raleigh native began her career in local productions as a child before she became a Broadway star.

Kennedy is back in Raleigh now, set to appear as Fantine in the N.C. Theatre's production of "Les Miserables." This time around, she'll be on stage with her fourth grade daughter, Riley Campbell, who will play young Cosette. Kennedy is thrilled to be sharing the stage with her daughter, who is making her first professional theatrical debut. The show runs Feb. 11 to Feb. 23 at the Duke Energy Center for Performing Arts in Raleigh.

I chatted with Kennedy by email about her own career, being on stage with her daughter and life here in Raleigh. Here's our conversation:

Go Ask Mom: How old were you when you were first on stage? What were your first professional experiences like?

Lauren Kennedy: My first on-stage appearance was, I think, when I was six years old, appearing as a Snow Child in Meredith College's production of "Carousel!" We just walked across stage. I am not sure my performance made an impact on the audience, but I had so much fun hanging out with the other kids backstage. We would play all kinds of games. The best part of being in a show was playing in the dressing room, playing Bloody Mary in the bathroom … you know, when you turn off the lights and you turn around 10 times chanting “Bloody Mary,” then you stop and look in the mirror, you were supposed to have either turned into Bloody Mary or see her in the reflection. I don’t know, it’s unclear, but we screeched and had a ball. The showbiz bug bit me immediately! 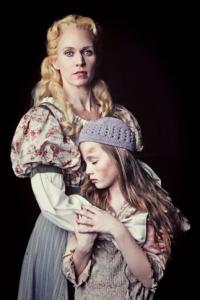 GAM: How old was your daughter when she first expressed interest in theater work? What was your initial reaction?

LK: Riley has always been interested in theater because she has just grown up around it! She never really expressed interest in getting involved in it until recently. Maybe it's because we lived in New York and you can’t exactly do regional or community theatre there. You pretty much have to be ready for the big leagues! And on top of that, she is also very clear about not wanting to do too many shows because she wants to be a regular kid and just hang out with friends and be available to go to birthday parties! I love that!

GAM: This is your first time working together and her professional theatrical debut. What has she done before this?

LK: Riley has only done a few acting class presentations. When I lived in New York, she would go to a theater class and they wrote a musical and would put it on at Symphony Space (on Broadway and 98th street), so that was cool for her! But she also sang a couple of songs with a few other kids in a concert I produced with my theater company two years ago.

GAM: What's it like being in the same show with your daughter? Is she seeing a side of you she hasn't seen before? 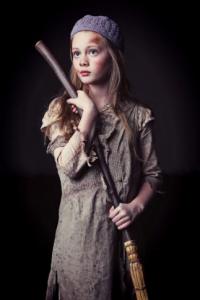 LK: It is so much fun! She is most excited about hanging out with the cast backstage (just like her mamma was in the day). For me, it is just so rewarding to be sharing this with her. It is such a special time for us, which she of course won’t even be able to understand until she is older. Yes, I do think she is getting to see a different side of me. She usually sees me when I am directing or choreographing, and now I am just one of the kids! This whole cast is really special to me. There are so many friends in this show and some of my students from Elon University. Also, playing two of the leads in the show are my best friend from New York and my boyfriend!!

GAM: You are artistic director at Theatre Raleigh. Tells us more about the Hot Summer Nights series that you're working on.

LK: We have a really exciting season coming up! I am starting off the season with, and directing, the musical version of "Vanities," which I did off-Broadway a few years ago. Then, we are following up with "Blood Done Sign My Name," which was written by and is starring Mike Wiley. It's based on Tim Tyson’s book about a race killing in Oxford County, North Carolina. We are very excited about presenting this new and unique piece of theater. After that, we are doing "Other Desert Cities," followed by "Parade," which I will be starring in. Then we will do the classic southern play "Crimes Of The Heart." And to finish up our season — we will do a big Broadway concert called "The Music Of Hot Summer Nights!"

GAM: You're living in Raleigh now. Do you have any favorite family spots here?

LK: Well, I love Big Ed’s for breakfast! Of course I have to mention Pullen Park. We also like to go on the walk/bike paths all over the city! And listen, we love to shop, so The Streets at Southpoint is a fun mall to go to, as well as Cameron Village!

See Kennedy and Riley on stage at the Duke Energy Center for Performing Arts in Raleigh from Feb. 11 to Feb. 23. Tickets start at $25. Because of violence and adult situations, the show is rated about a PG-13, but if you have questions about the rating and wonder if it might be fine for your family, contact the N.C. Theatre's Box Office. Click here to see more information and the schedule and to get your tickets.