Broadway’s ‘Once on This Island’ Revival Will Close Jan. 6 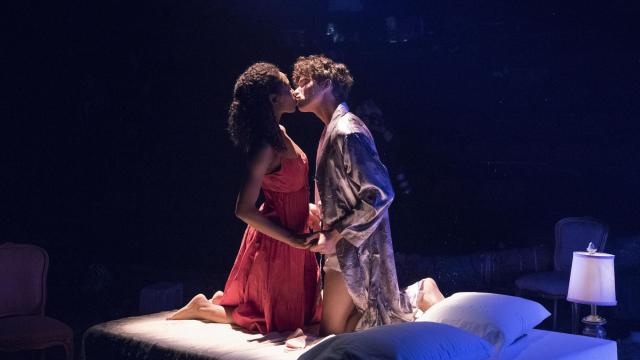 “Once on This Island,” a tragic West Indian fairy tale that won this year’s Tony Award for best musical revival, will end its Broadway run on Jan. 6.

The musical was much praised by critics, and scored an upset victory over the better known “Carousel” and “My Fair Lady” in the Tony race, but it never fully caught on with audiences. It opened last December; at the time of its closing, it will have played for 29 preview and 458 regular performances at the Circle in the Square Theater.

The revival has grossed $27 million thus far, and has been seen by 280,000 people. Its best week was over Christmas last year, when it grossed $827,890, but it has more typically brought in significantly less than that — last week, also a holiday week because of Thanksgiving, it grossed $459,321.

The show, about a young woman whose life is upended when she falls in love with a wealthier man, features music by Stephen Flaherty and a book and lyrics by Lynn Ahrens. The original production opened on Broadway in 1990 and ran for 14 months.

The revival was directed by Michael Arden, with Ken Davenport as the lead producer. It cost $7.5 million to capitalize, and has not recouped those costs. A national tour is planned beginning next year.