BRET STEPHENS: Yes, the president bears blame for the terror from the right 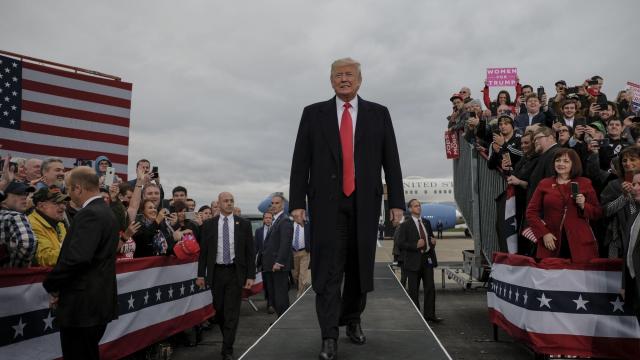 EDITOR'S NOTE: Bret Stephens has been an Opinion columnist with The New York Times since April 2017. He won a Pulitzer Prize for commentary at The Wall Street Journal in 2013 and was previously editor in chief of The Jerusalem Post.

Maybe we should refer to Saturday’s massacre of 11 Jews in a Pittsburgh synagogue, along with the campaign of mail bombs that preceded it, as “man-caused disasters.”

That was the euphemism then-Homeland Security Secretary Janet Napolitano used in lieu of the word “terrorism” during congressional testimony in 2009. Conservatives like me never let her live it down. How can you address a problem if you won’t even call it by its proper name?

Conservatives objected again when President Obama went to great lengths to use the acronym ISIL or ISIS instead of Islamic State, lest there be any association between a religion and the barbaric deeds carried out in its name. And we objected a third time when liberals tried to suggest that personal derangement, not Islamist sympathies, explained acts like Omar Mateen’s 2016 rampage at Orlando’s Pulse nightclub.

So conservatives should be just as clear about what we saw last week. There is no reason to think that Pittsburgh shooter Robert Bowers and alleged Florida mail bomber Cesar Sayoc are “deranged.” There is every reason to believe their acts are politically motivated. They are not “crazies” in the category of Gabrielle Giffords shooter Jared Lee Loughner. They are terrorists in the class of Ted Kaczynski, the Unabomber, or Nidal Malik Hasan, the Fort Hood shooter.

To call them anything else is to engage in the same evasive wordplay for which conservatives once scolded liberals. And it’s no less evasive to avoid drawing conclusions about the political basis of these acts.

For years, conservatives have rightly pointed out that Islamist terrorists don’t spring from an ideological or cultural vacuum. It usually takes a village, real, virtual or proverbial, to make an Islamist terrorist — one composed of hate-spewing imams, TV programs saturated with anti-Semitic and anti-Western conspiracy theories, neighborhood vigilantes enforcing fundamentalist religious strictures, and political leaders excusing, reflecting or disseminating many of the same beliefs and attitudes.

The villagers are rarely terrorists themselves. They often condemn terrorism. Sometimes they are its victims. Yet they also provide the soil in which the seeds of terror germinate.

What are the villages from which Sayoc and Bowers hailed? For Sayoc it was the real-world villages of the Trump rally, with its mob-like intensity and unquestioning fidelity to one supreme leader. For Bowers, it was the virtual villages of Twitter and alt-right social networks, digitally connecting angry loners who follow nobody. They are different villages, with somewhat different values, and different views of the admissibility of violence. The approximate Islamist analogues would be the Muslim Brotherhood and Al Qaeda — the former generally committed to working within the political system, the latter to destroying it, yet both profoundly hostile to the values animating open societies.

Just so with the Trumpist and alt-right villages. Different methods and values — but not altogether different. Both draw on similarly cramped ideas about nationhood and sovereignty. Both see political opponents as enemies and immigrants as invaders. Both are susceptible to conspiracy theories. And both feed off the same incessant background noise of Trump-speak. “Lock her up.” “Enemy of the American people.” “Illegal alien mob.”

In other words: the criminalization of political opposition, the vilification of the media, and the demonization of foreigners. At some point, the distance between word and deed becomes short. And then they are joined, as they were last week.

Conservatives used to understand the danger. Why care about social formalities, modes of dress, niceties of speech, qualities of restraint? Not simply because manners make the man, although they do, but because manners also shape political cultures. How does a conservative movement that is supposed to believe that every healthy society needs powerful moral guardrails give itself over to a president whose every other utterance cheerfully knocks those guardrails down?

The Trumpian defense is that no political leader can fairly be held accountable for the acts of followers like Sayoc, much less of avowed opponents like Bowers. Also, what about James Hodgkinson, the Bernie Sanders supporter who shot Republican Representative Steve Scalise last year? But Sanders wasn’t instigating anyone to violence. He wasn’t calling on supporters at his rallies to “knock the crap out of” hecklers, or praising fellow members of Congress for body slamming a reporter.

In an interview on Tuesday with The Times of Israel, Abe Foxman, the former longtime head of the Anti-Defamation League, precisely expresses the president’s level of responsibility for what happened in Pittsburgh.

“Pittsburgh is not Trump,” Foxman says. “It’s also Trump.” Trump, he adds, is not an anti-Semite. But fanning one set of hatreds against immigrants has a way of fanning others, as it did for Bowers when he attacked the synagogue because he was enraged by its support for the Hebrew Immigrant Aid Society.

Turning to last year’s neo-Nazi march in Charlottesville, Foxman says of Trump, “He didn’t create them. He didn’t write their script. He didn’t give them the brown shirts. But he emboldened them. He gave them the chutzpah, that it’s O.K.

“And when he had an opportunity to put it down,” Foxman adds, “he didn’t.” The blood that flowed in Pittsburgh is on his hands, also.