Breastfeeding help in every hospital? UNC-based program aims to make it a reality

New funding will expand a pilot program to encourage and support breastfeeding moms in North Carolina and South Carolina.

"I did not breastfeed the other two children, but with her, I definitely wanted that bond," said Butler.

Support through a 19-county pilot program called Enrich Carolinas helps many women like Butler make the choice to breastfeed.

There are many benefits of breastfeeding for mothers and babies.

"[Breastfeeding] is the way that a mother provides her antibodies to infants before they're ready for vaccines," according to Kathy Parry, project director for Enrich Carolinas.

According to Parry, a $5 million Duke endowment will expand the project's mission to support more hospitals and improve maternity care practices.

"We want to make breastfeeding easier for moms and babies," Parry said. "We're able for any hospital in North or South Carolina."

Eventually, Parry wants every county to have a birthing facility that encourages breastfeeding.

"It's kind of a win-win situation; they don't have to pay anything," Parry said. "It's all free support."

The prenatal and postpartum support system helps moms eliminate the obstacles of breastfeeding and reap the benefits. The goal is to train and equip all birthing centers in both states so they can eventually continue the breastfeeding program on their own.

"We'll continue to see these disparities decreasing and the health outcomes of moms and babies increasing in the years to come," Parry said. 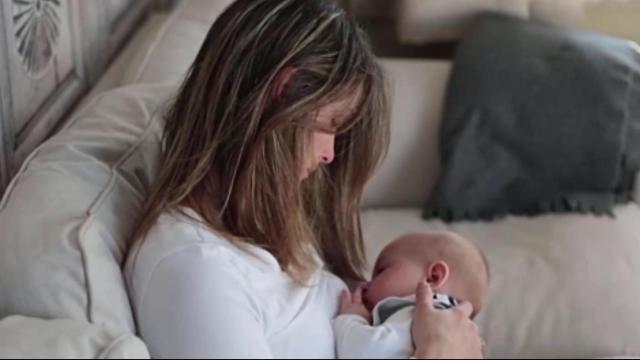