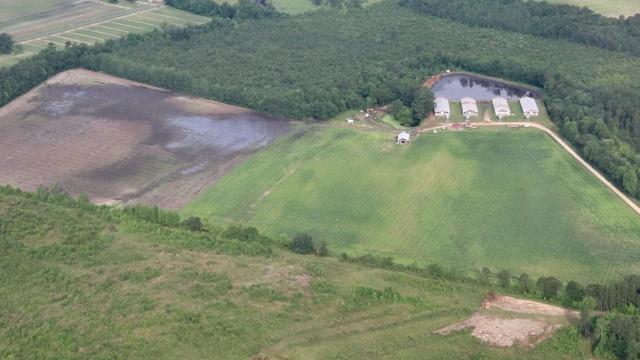 Dunn, N.C. — A waste spill led to as much as 3 million gallons of liquid sewage spilling during a partial breach at a farm in Sampson County on Friday.

B&L Farms of Dunn reported the spill on its farm to the N.C. Department of Environmental Quality after a discharge of the sewage from a lagoon dike. Environmental specialists estimated that as much as 3 million gallons of sewage was discharged.

Officials said containment and remediation efforts began immediately after discovery of the discharge. On-site inspections show that a substantial amount of the sewage was contained on the farm property. Other efforts have captured and returned sewage to the treatment lagoon. Animals were removed from the barns quickly.

Some sewage entered a ditch near the farm that extends a distance of about a half-mile to a forested swamp, known as Starlins Swamp, which is within the Cape Fear River basin. Assessments of the swamp were ongoing.

B&L Farms was working with the Department of Environmental Quality to determine the cause.