Bragg troops may be deployed to southern border 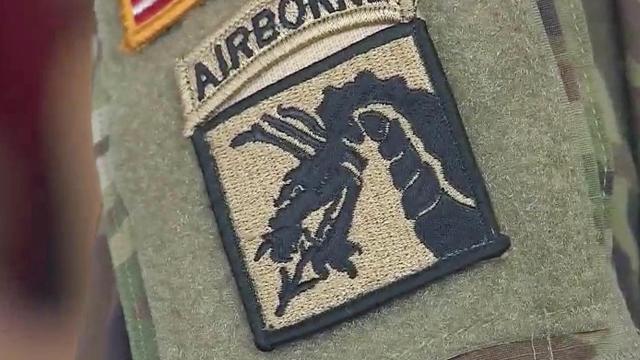 Fort Bragg soldiers, equipment and resources are being deployed to the southwest border to support Homeland Security efforts, officials told the Fayetteville Observer.

A spokesman for the 18th Airborne Corps confirmed Tuesday that local troops were part of the more than 5,000 active duty forces who began deploying on Monday and who are expected along the border by the end of the week.

The spokesman did not comment on the specific number of troops from Fort Bragg or the individual units that would be involved in the effort.

Once deployed, local troops would fall under U.S. Northern Command and will support officials from U.S. Customs and Border Protection.

The troops could be called on to erect temporary barriers, barricades and fencing, officials said. And they will supplement 2,100 National Guard troops already deployed to the border under Operation Guardian Support.

On Monday, Air Force Gen. Terrence J. O’Shaughnessy, the commander of U.S. Northern Command, said the active-duty troops would work with the Department of Homeland Security “to harden the southern border.”

Troops are being deployed from military installations across the nation and will stage in California, Texas and Arizona, he said.

“By the end of this week, we will deploy over 5,200 soldiers to the southwest border,” O’Shaughnessy said. “That is just the start of this operation. We’ll continue to adjust the numbers.”

“We are preparing for the contingency of a large group of arriving persons intending to enter the United States in the next several weeks,” McAleenan said.

He said officials will not allow a large group to enter the United States “in an unsafe and unlawful manner.”

“For those that seek to cross the border illegally, we will apprehend them and fully enforce the laws of the United States,” he said. “For those that seek to make an asylum claim safely and lawfully at a port of entry, the government of Mexico has already offered you protection and employment authorization.”

“If you are fleeing alleged persecution at home, you have arrived at a safe place to make your claim,” McAleenan added. “If you’re an economic migrant seeking to join family members in the United States, you should return home and apply for the appropriate visa.”