Raleigh, N.C. — Twelve years after a Cary woman was found dead, her husband walked out of prison Monday.

Brad Cooper was released from Mountain View Correctional Institution, in Spruce Pine, according to the state Department of Public Safety. Authorities said U.S. Immigration and Customs Enforcement would take him into custody to begin the process of deporting him to Canada.

Nancy Cooper, a 34-year-old mother of two, had reportedly gone jogging in July 2008 but never returned home. Hundreds of volunteers combed the Lochmere section of Cary before her body was found in a cul-de-sac of an unfinished subdivision about 3 miles from the Cooper home. She had been strangled.

Police quickly zeroed in on her husband as her killer, noting the couple's strained marriage and questions about his actions after her disappearance. 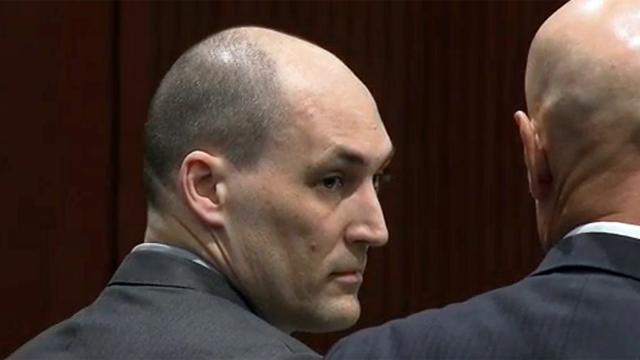 Brad Cooper was arrested three months later, but his trial didn't get started until March 2011. The trial stretched on for 36 days and included testimony about money squabbles, extramarital affairs and an online search of the area where Nancy Cooper's body was later found.

Jurors convicted Brad Cooper of first-degree murder, and he was sentenced to life in prison. But the state Court of Appeals overturned the verdict two years later and ordered a new trial, ruling that the trial judge erred by not allowing key defense testimony to be presented.

"It was heartbreaking for the family and all of us when he had been convicted of first-degree murder and it was overturned," Alice Stubbs, an attorney who represented Nancy Cooper in her separation, said Tuesday.

Stubbs said she learned so much from handling the case, including how to spot signs of domestic violence.

"They look like the perfect happy couple, but he was controlling and manipulative, and the more I talked with Nancy, the more I learned about that," she said. "Hindsight is 20-20 for all of us, but domestic violence takes on many forms."

While awaiting retrial, Brad Cooper pleaded guilty in September 2014 to second-degree murder and was sentenced to 12 to 15 years in prison, including credit for time served before his trial.

Intertwined with the criminal case, Brad Cooper fought with Nancy Cooper's family for custody of the couple's two daughters. His guilty plea cleared the way for Nancy Cooper's twin sister to adopt the two girls, who now live in Canada with the rest of her family.

Cooper isn't allowed to contact his daughters, who are now 16 and 14.

"The family doesn't want revenge. They've never wanted revenge. The only thing they've ever wanted was to protect Katie and Bella, and they've done that," Stubbs said. "The silver lining, I think, is that, when he pleaded guilty to second-degree murder and admitted that he killed her, those children were protected, and from my standpoint, justice was done in the family court."