Brace Yourself in Act II: Trigger Warnings Come to the Stage 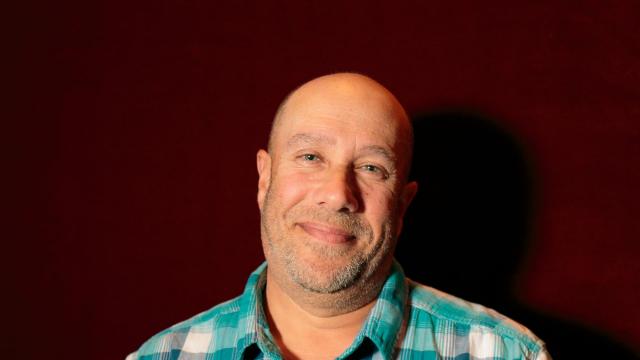 DENVER — The warning sign was just outside the theater door.

The subject was a play called “Vietgone,” about a Vietnamese couple who meet in a refugee camp in Arkansas during the Vietnam War. The Denver Center Theater Company was proud to present the boisterous comedy, but it was taking few chances about surprising audiences: online, patrons who hovered over an alert on the theater’s website could get pop-up details on the timing of the show’s loud explosions.

Not so long ago, a theatergoer was handed a program, shown to a seat and left to enjoy the show. Then came notices about strobe lights and smoking. But now, following a trend bubbling up from college campuses, theaters across the country are offering increasingly comprehensive and specific trigger warnings.

The phenomenon has led to searching discussions at theaters large and small, pitting a traditional impulse — to preserve art’s ability to surprise, shock and stir — against a modern desire to accommodate sensitivities and not alienate paying customers.

“This production may trigger an adverse reaction,” Baltimore Center Stage said of “Wasted,” a play about the aftermath of an alcohol-fueled sexual encounter.

In Sarasota, Florida, Asolo Repertory Theater not only disclosed “potentially disturbing, realistically depicted gun violence” in “Gloria,” which depicts a workplace shooting, but also included plot particulars in a spoiler section on its website.

Philadelphia’s Interact Theater Company went one step further: In addition to warning that “Sensitive Guys” dealt with sexual assault, the company designated a “safe space” in the lobby and invited representatives of Women Organized Against Rape to talk to patrons upset by the material.

Even theatrical war horses are not exempt: For its recent production of “Oklahoma,” St. Ann’s Warehouse in Brooklyn handed out a black card when patrons picked up their tickets, warning of gunshots as well as “moments of darkness and violence” and offering guidance for those who feel compelled to walk out.

Trigger warnings have, of course, become part of the college experience, surviving mockery and concerns about censorship to win acceptance, if not broad approval. Now demand for those warnings is spreading among the wider public. “People who have grown up with warnings now expect them,” said Becky Witmer, managing director of ACT Theater in Seattle.

The development also reflects the shifting content of contemporary drama — as mass shooting deaths have risen in the United States, for example, more plays are depicting such events.

But Shakespeare was plenty violent, too. “What’s different now is that there is genuine consideration given to the unseen and unknown potential for harm when someone is traumatized in ways that could have been avoided,” said James Bundy, dean of the Yale School of Drama.

Not everyone likes the idea, though, and some arts leaders maintain that theater should be unsettling and provocative.

“We have a generation coming of age that expects to be protected from discomfort, and a lot of companies succumb to that,” said Susie Medak, managing director of Berkeley Repertory Theater. “To me, it’s a frustrating trend — what’s the point of experiencing art if you don’t expect to be surprised?”

Her theater does not provide trigger warnings but instead advises those with concerns about specific forms of content to call the box office and ask. Joseph Haj, artistic director of the Guthrie Theater in Minneapolis, said he does not like trigger warnings but has made peace with giving people a heads-up about what to expect.

Haj, reflecting on his conflicted feelings about the issue, said: “As grown-up people, we should be able to grapple with difficult ideas together. That said, audiences don’t like to be jumped.”

Although trigger warnings are often thought of as a phenomenon of the political left, theaters in socially conservative parts of the country are also embracing more descriptive content alerts.

“In our market, strong language and sexual innuendo tend to be the leading causes of negative patron reactions,” said Katie Perkowski, marketing director for the Alabama Shakespeare Festival. She said that some audience members had even walked out of “Annie” because Daddy Warbucks said “damn.”

“Vietgone” is more adult than “Annie” — it is peppered with vulgarities and includes scenes of sex and violence as well as discussion of wartime trauma — and leaders of the Denver theater started thinking about how to handle that as soon as they read the script, which was written by Qui Nguyen and previously had a well-reviewed off-Broadway production.

“We’re all just trying to find the line between setting people’s expectations and not treating them like children and not giving away the core of the story,” said Chris Coleman, the artistic director.

The theater has a team of people — marketing, box office, customer relations — who work on content advisories and see them as a form of consumer service. “Some people want to have their buttons pushed, and some people do not,” said Emily Kent, the marketing director. “This is about empowering the customer to decide what’s right.”

Of course, for every person who wants more details, another doesn’t understand what the fuss is about.

“It’s ridiculous,” said Marc Heft, a health care recruiter attending a “Vietgone” performance. “I’m an adult. I can handle swear words.” And Tina Truong, a college student whose family immigrated to the United States from Vietnam, said she didn’t know about, or care about, the warnings. “It’s important to show explicitly how people perceive their stories,” she said. “I love it.”

Lin Nechrony, an ESL teacher, was a little more circumspect. “Do I like a lot of coarse language? No,” she said before the show began. “But it’s just that way now.” And seeing the show erased any concerns she had. “It’s amazing,” she said afterward.

The Denver theater has been particularly aggressive about warnings for immersive shows, which put audience members especially close to the action.

For a production of “The Wild Party” in which performers moved among patrons in an airplane hangar transformed into an apartment, the theater insisted on alerting audiences to “sexual violence” (the musical includes an attempted rape) despite objections from the director.

“I don’t love telegraphing too much about the show,” said the director, Amanda Berg Wilson. “I want everything about the piece to be experienced in real time.”

But she acquiesced, saying she was won over by the theater’s concern for its patrons. And the warning does not seem to have deterred theatergoers; the musical was a hit. Even a show like “Hair,” which shocked some when it opened on Broadway in 1968 but went on to run for 1,750 performances, has earned alerts in the current environment.

But the Dallas Theater Center approached the task with humor.

“WARNING,” it announced on its website. “This production will include hippies cursing, smoking pot, getting naked, mocking societal conventions, meditating, taking LSD, flaunting their sexuality, celebrating their race, creating a happening, singing and dancing. Also, there will be audience participation. Consider yourself warned.”