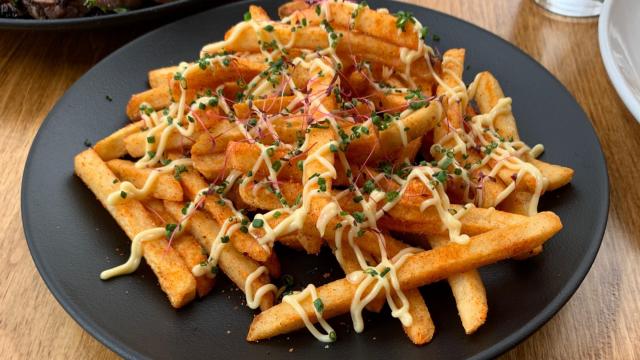 Raleigh, N.C. — The rebooted downtown Raleigh restaurant known for having one of the best views in town will be opening next week.

Wye Hill Kitchen and Brewing, which will replace Boylan Bridge Brewpub, will hold its grand opening Wednesday. The reboot comes after a series of closures and reopenings since 2016 after a wall collapsed due to high water pressure from a leaky sprinkler.

The new concept comes with new ownership - Chris Borreson and Sara Abernethy have taken the reins.

Abernethy said there's a lot of excitement around Wye, with a lot of people dropping by to inquire about the restaurant's opening date.

The overall consensus from the wait staff is that the Southern Saltimbocca, a southern take on the Italian classic dish that replaces prosciutto with country ham and grits with cheese grits, will be a hot menu item. 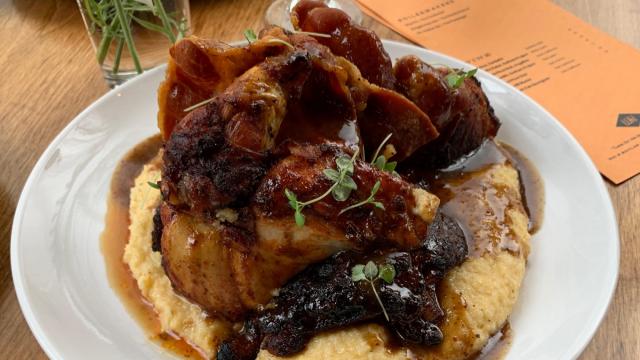 Another menu standout is the Mohawk Bacon Chop - a 26-ounce bone-in pork loin that is meant to serve multiple people.

On the appetizer side, the Arroz Sucio is a dirty rice dish that is highlighted by an egg cooked at 63 degrees Celsius to keep the yolk runny but cook the outside shell.

Named after the restaurant itself, the Wye Fries are also a must-try as they are tossed with a rosemary-chipotle salt and topped with a house kewpie mayo.

Boylan Bridge Brewpub was known for its beer and Wye definitely leans into that with its slogan, "Come for the brews and stay for the views." Wye Hill will have eight beers on tap that come straight from their in-house brewery. Two of their beers, the Mango Express and Passionista, are fruit-infused and are two of the biggest hits from the tap with the restaurant's staff.

Guests will definitely be staying for the views, as this restaurant gives guests one of the most picturesque looks at the Raleigh skyline from its balcony. 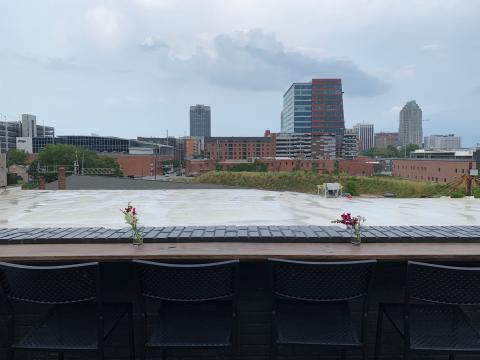 The restaurant's brews will even be featured in the Pub Cheese appetizer. Served with fried sweet potato chips, the cheese consists of smoked gouda and cheddar mixed with their brewed in-house dark lager. 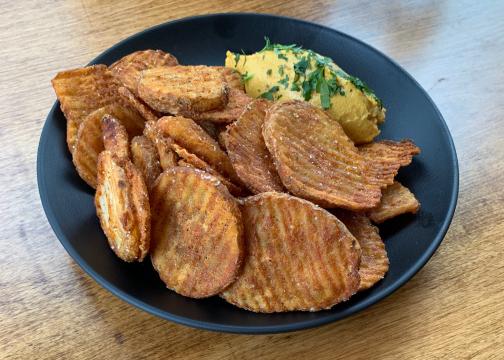 The restaurant will only serve dinner for its first few weeks, operating from 5 p.m. to 10 p.m. on weekdays and from 5 p.m. to midnight on the weekends.

Its normal business hours will be from noon to 10 p.m. during the week and from noon to midnight on the weekends.