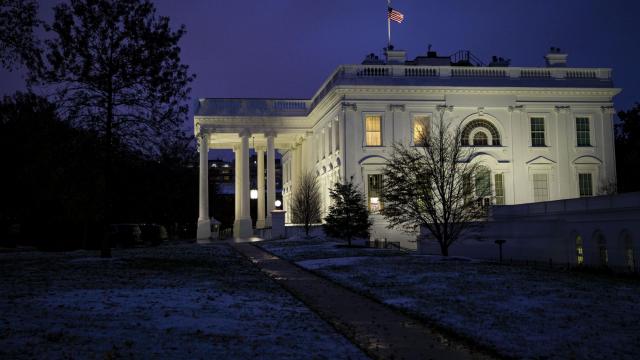 A firsthand account of the tumult inside President Donald Trump’s White House is scheduled to be published in January, the latest in a string of books that seek to decipher his unprecedented presidency.

The new book, “Team of Vipers,” is written by Cliff Sims, a former aide in the White House communications office who had previously worked on the Trump campaign.

“He saw how Trump handled the challenges of the office, and he learned from Trump himself how he saw the world,” Sims’ publisher, Thomas Dunne Books, an imprint of St. Martin’s Press, said in announcing the book. “His book offers never-revealed scenes from this most unorthodox of White Houses — and will stand as a definitive history of an unforgettable era.”

The coming publication of the book was first reported by Politico last week. A person familiar with the deal said Sims had received a seven-figure advance from the publisher.

As the title indicates, the book does not paint a rosy picture of the atmosphere in the White House. An author’s note describes a venomous den in which people are constantly at each other’s throats. But Sims’ goal, according to people familiar with the book, was not to damage Trump. And he is said to have at times painted an unflattering portrait of himself.

Still, there has long been a wide gap between how Trump would like his White House to be perceived (a “well-oiled machine”) and the reality of how it operates. The common thread for most of the half-dozen books that have been published about the Trump administration has been the affirmation of real-time news accounts of chaos behind the White House gates.

Sims was represented by Matt Latimer and Keith Urbahn of Javelin DC, whose clients include James Comey, the former FBI director who was fired by Trump in May 2017. Sims, whom Trump often saw as a buddy, was pulled into several meetings that were well beyond the scope of his duties, according to the announcement from the publisher.

He kept hundreds of pages of notes during his time at the White House, the people familiar with the project said. He was among the Trump loyalists wholeft this year after clashing with White House chief of staff John Kelly.

In the author’s note, Sims writes: “I suspect that posterity will look back on this bizarre time in history like we were living on the pages of a Dickens novel.” He added: “Lincoln famously had his Team of Rivals. Trump had his Team of Vipers. We served. We fought. We brought our egos. We brought our personal agendas and vendettas. We were ruthless. And some of us, I assume, were good people.”

“I was there. This is what I saw. And, unlike the many leakers in the White House, I have put my name on it,” he writes.