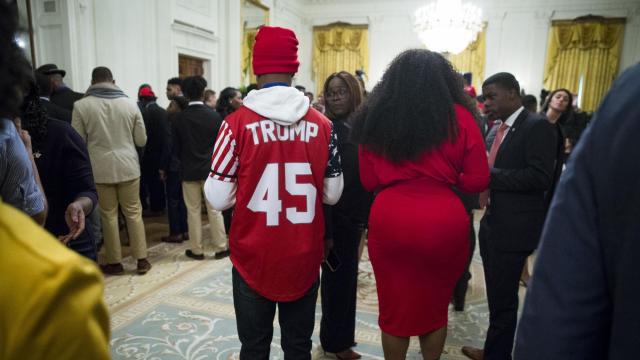 AVENTURA, Fla. — Cesar Sayoc was a volatile nobody desperate to become a somebody.

He styled himself as a bodybuilder, entrepreneur, member of the Seminole tribe and exotic-dance promoter in the status-hungry beachfront world of South Florida. In reality, Sayoc, a fervent supporter of President Donald Trump who has been charged with mailing pipe bombs to prominent Democrats, was a bankrupt loner who spewed anger and spent years living in and out of a van, according to court documents and interviews with people who knew him.

He went on racist, anti-gay tirades at the Fort Lauderdale pizza shop where he worked as a night-shift deliveryman in 2017, telling his manager, a lesbian, that she and other gay people along with Democrats should all be put onto an island and then “nuked.” At a reunion event in 2015 with his college soccer team, he browbeat former teammates with racist, sexist conspiracy theories.

And when Sayoc’s mother and sisters urged him to seek mental-health treatment, he furiously repelled their efforts and told his mother he hated her, said Ronald Lowy, a lawyer for the family who also represented Sayoc in a 2002 case in which he threatened to bomb an electric company during a dispute over a bill. He refused to even listen when his mother reminded Sayoc that he was Filipino and Italian, not Seminole, Lowy said.

“He had tremendous anger slowly boiling up, and resentment, and felt ‘less than,'” Lowy said. “He lacked an identity. He created a persona.”

When they first met, Lowy said, Sayoc brought in a scrapbook filled with notes and photographs he had collected from wrestlers, bodybuilders and strippers, table scraps from a world that he idolized.

Lowy said that Sayoc’s family members were Democrats and that Sayoc seemed to have no outspoken partisan views during the 2002 case. But he said that Trump’s angry rhetoric and his appeals to the “forgotten man and woman” during the 2016 campaign seemed to strike a deep chord with Sayoc, whose father had abandoned the family when he was a child.

“He was looking for some type of parental figure and being a loner, being an outcast, being the kind of person Trump speaks to, I think he was attracted to Trump as a father figure,” Lowy said.

Sayoc registered as a Republican and posted photographs of himself wearing a “Make America Great Again Hat” at one of Trump’s rallies.

On Twitter and Facebook, he railed against former President Barack Obama and Oprah Winfrey with misspelled racial epithets, threatened former Vice President Joe Biden and praised Trump and conservative causes. His social-media feeds were an electronic version of the white van carted away by law-enforcement officials Friday morning, which was covered in stickers praising Trump, condemning liberals and putting cross hairs over an image of Hillary Clinton.

In addition to the 2002 threat, Sayoc had a long criminal record of shoplifting and theft. Once he was arrested while carrying $19,000 in cash.

In May 2015, he told police that someone had broken into his van while he was working out at LA Fitness — where he had been showering — and stole about $45,000 worth of suits and costumes he needed for his business. It is unclear whether he actually had anything worth that much in the van, or whether he was making the report as pretext to make a false insurance claim.

Even then, he had an affinity for Trump: The Broward Sheriff’s Office report notes that of the 139 pieces he said were taken, 11 were the president’s clothing brand.

People who encountered Sayoc in recent years said their interactions were often angry or uncomfortable.

“He loved Adolf Hitler; he talked about Adolf Hitler a lot,” said Debra Gureghian, 56, a manager at the Fort Lauderdale pizza shop where Sayoc worked for about a year in 2017. “He would say, ‘I like his politics, we should have more people like him.'” Sayoc went on paranoid, racist screeds, saying that blacks and Hispanics were taking over the world. He referred to Obama with a racist slur and said he was not a citizen. Years before he ran for office, Trump falsely claimed Obama was not a U.S. citizen.

Gureghian was familiar with Sayoc’s white van, but she was not sure if he was living in it. Once when it was raining, she accepted his offer to drive her home although she was nervous, unsure if she was safe.

Teresa Palmer, 48, another manager, said that she also recalled the van, and that Sayoc would say “nasty things” about minorities. She remembered him mentioning Trump, but only recalled him saying that Trump made a “great” president. Sayoc left the pizza shop in January, telling colleagues he was going to work in long-haul trucking.

When Sayoc showed up to a dinner in 2015 honoring his soccer coach from Brevard College in North Carolina, his old teammates said they were glad to see him.

But the teammates said he quickly made clear he was a fanatical supporter of Trump, and bombarded them with racist and misogynist conspiracy theories.

“He was like, ‘America needs to be made great again, and I’m working on the upcoming presidential campaign to make sure we get the right people in office,'” said Eddie Tadlock, who was at the event. Tadlock said the political invective was clearly out of place at an event where former teammates were reliving their glory days on the soccer pitch.

“It was hateful stuff,” Tadlock said. “It didn’t resemble anything logical. He was saying things like, ‘Build a wall to keep all the Mexicans out,’ and it immediately turned me off.”

“If you want to have a dialogue about politics and policy, there’s a way to go about it, but the way he took the conversation was completely off course,” he added.

A few days later, Sayoc sent Tadlock a friendly congratulatory message on Facebook, but soon started barraging Tadlock with sexist, racist messages that were “off-the-charts crazy” and said that Trump would be the savior of the United States.

“I mean, I’m African-American, and he’s sending me racist stuff? And sexist stuff, and misogynistic stuff — you name it. He was saying Trump is going to be ‘The Godfather’ who corrects all of it, and I was like, ‘You’re out of your freaking mind.’ I unfriended him immediately.”