Boeing CEO Dave Calhoun could get a big payday for fixing Boeing. Here's what he needs to do 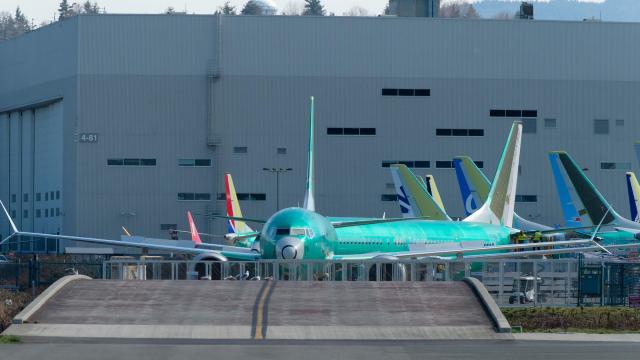 CNN — Dave Calhoun, the new CEO of Boeing, will get a big bonus if he can fix a long list of problems at the company, including returning the 737 Max safely to service.

Late Monday, Boeing spelled out the details of a $7 million bonus that Calhoun could receive. In addition to getting the 737 Max safely back in the air, Boeing must strengthen engineering at the company in accordance with the recommendations of a committee of its board of directors. The company has to get approval for the 777X to fly and ramp up production and deliveries of the jet. Boeing would have to successfully fly a crewed Starliner spacecraft. And Boeing must close the deal for a joint venture with regional jet maker Embraer and hit certain targets for that joint venture.

The importance of returning of the 737 Max to service is not a surprise, given that its grounding has already cost the company at least $18 billion, and Boeing has continually said safely returning it to service is its top priority. Boeing's bestselling plane has been grounded since March following two fatal crashes that killed 346 people. Boeing said it expects approval for the plane to fly again by the middle of this year.

The items on the list beyond the 737 Max return will not be easy to achieve. The start of deliveries of the 777X has been delayed until 2021 due to problems with its engine. And the most recent uncrewed flight of the Starliner failed to achieve an orbit that allowed it to reach the International Space Station, as planned. And it is not clear when NASA will allow a crew to ride on the Starliner.

Calhoun could get 50% of the $7 million bonus after two years and the other 50% after three years. And he'll have to "substantially achieve" all of the goals to receive any of the bonus.

The pay package also gives him a $1.4 million base salary, another performance bonus that can pay up to $2.5 million for hitting certain financial targets, and an additional $7 million bonus for achieving long-term goals. He also got a $10 million signing bonus, which Boeing said is designed to compensate him for amounts he gave up upon his departure from his prior employer, The Blackstone Group.

Calhoun's predecessor, Dennis Muilenburg, had requested in November that he not receive any bonus payments until the 737 Max was back in service and Boeing had completed the delayed delivery of all the Max jets it has built since the grounding. That process is expected to take a least a couple of years. Muilenburg made the request after coming under fire from members of Congress and family members of the 737 Max victims for the bonus money he continued to receive since the crashes. But in December, the Boeing board replaced Muilenburg because of continued problems with getting the Max approved to fly again.

The fact that Calhoun will need to wait three years to get the full bonus, as well as to fully vest the separate $10 million signing bonus, is itself significant. Calhoun turns 63 in April, and Boeing has a retirement policy that generally requires retirement at age 65. But the board has the discretion to waive it in any particular instance, and it apparently plans to do so in Calhoun's case. Calhoun said at his first press conference as CEO that he intends to stay.