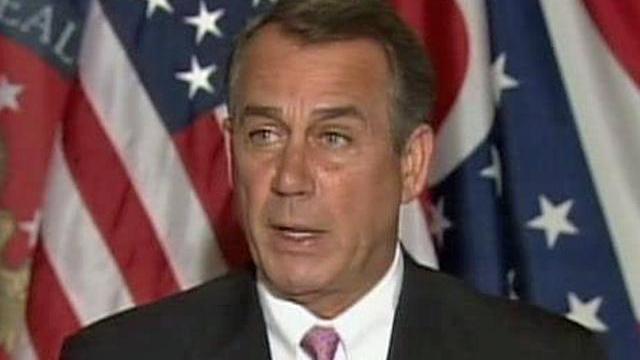 While North Carolina is considered a battleground state whose 15 electoral votes could help decide the election, Romney and President Barack Obama have each have been in North Carolina only once since the May primary. Obama accepted his nomination for re-election at the Democratic National Convention in Charlotte in September, while Romney made stops in High Point and Mooresville.

Surrogates like Boehner, McCain and Graham, ads and grassroots work have been more visible efforts in the state by the two campaigns.

A WRAL News poll released last Tuesday showed 49 percent of likely voters in North Carolina favoring Obama, and 47 percent Romney. The margin of error was plus or minus 4.2 percentage points.