Raleigh, N.C. — A body found in rural Virginia is confirmed to be that of a Raleigh man who has been missing since last weekend. Raleigh police have charged a suspect in the case with murder.

William Anderson "Andy" Banks Jr., 39, was last seen Saturday afternoon in the Woodburn Road area near Cameron Village. Officials say was meeting a potential buyer for his silver 2011 Range Rover Sport, whom he met through Craigslist, outside a closed K&W Cafeteria.

There was evidence of foul play in Banks' disappearance, and police said they were investigating the case as a homicide on Wednesday.

The body of Banks was found in Chatham, Va., on Thursday by the Pittsylvania County Sheriff's Office was sent to a coroner in Roanoke, Va., for an autopsy and positive identification, police said. 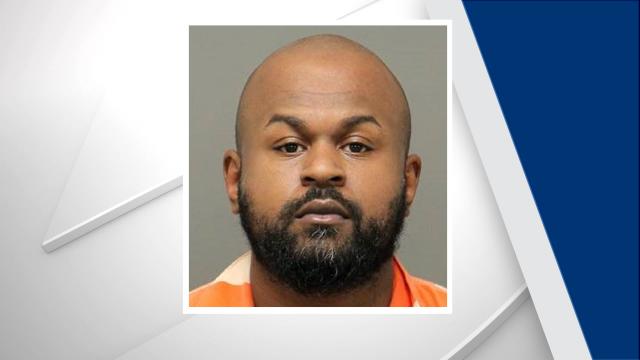 District Judge Ned Mangum ordered that Merritt be held without bond and set his next court date for Oct. 7.

After finding Banks' cellphone along Interstate 40 in Raleigh on Sunday, investigators traced the Craigslist buyer's phone to Danville.

Danville police found Banks' SUV under a tarp parked behind a vacant building in town on Monday, according to an application for a search warrant.

Merritt, who lives a few doors down from where the vehicle was found, according to the warrant application, was arrested Tuesday on charges of robbery with a dangerous weapon, larceny of a motor vehicle and possession of a firearm by a convicted felon in connection with the stolen vehicle.

Chatham is about 20 miles north of Danville.

In the K&W parking lot on Friday night, close friends and families held a vigil for Banks and celebrated his life.

People gathered in a circle and held candles in the parking lot and shared stories about Banks' life. 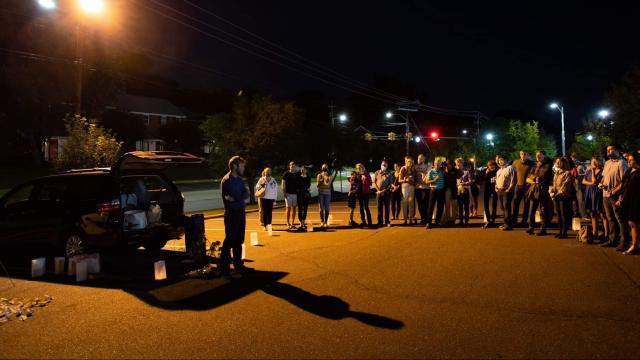 Cliff Cash, who has known Banks since kindergarten, said his friend frequently used Craigslist to sell things and that he knew how to protect himself.

"This was the middle of the day on Saturday. There’s people walking by on foot. There’s cars everywhere. He probably picked that place because it was the ideal place to meet," Cash said. "All I can think is they overpowered him during a test drive. Who knows, maybe they overpowered him as soon as they got there. Maybe they tased him or whatever."

Banks was a real-life Ferris Bueller, his friend said, referring to the character in a 1980s movie for whom everything always works out well.

During a search of Merritt's home, police seized a handgun, some ammunition, a knife, three phones, a pair of cargo pants and other items, according to the search warrant.

Merritt waived extradition and was returned to Wake County on Wednesday. 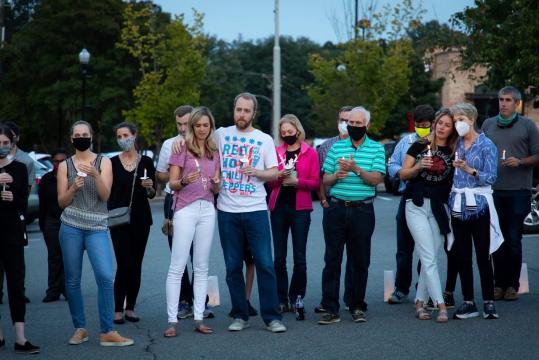