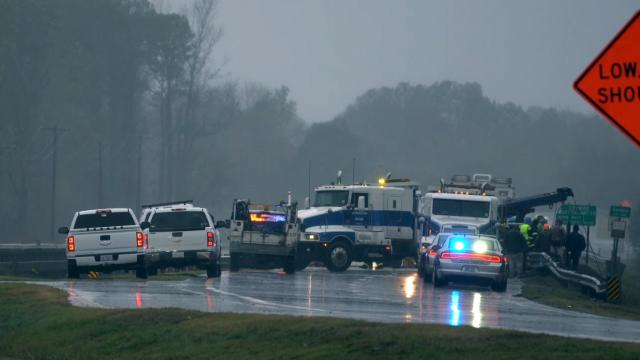 Kinston, N.C. — A body found over the weekend in the Neuse River near Kinston is that of a truck driver who has been missing since a crash in a winter storm last month, authorities said Monday.

They identified him as Richard Odell White Jr., 29, of Elizabethtown.

A passerby reported debris on the U.S. Highway 70 bridge over the Neuse River on Dec. 9, saying a truck appeared to have struck guardrails on both the right and left sides of the highway, authorities said.

When fire department first responders and paramedics arrived at the site, they spotted a tractor-trailer in the water, and a long stretch of guardrail was missing on the left side of the road where the truck went over, authorities said.

Five members of a dive team from Beaufort County spent two days in the frigid water searching for the driver.

White's former employer, the owner of Pinky & Son LLC in Chadbourn, called White a great driver and a devoted father.