Bob Saget is still friends with his former TV daughters 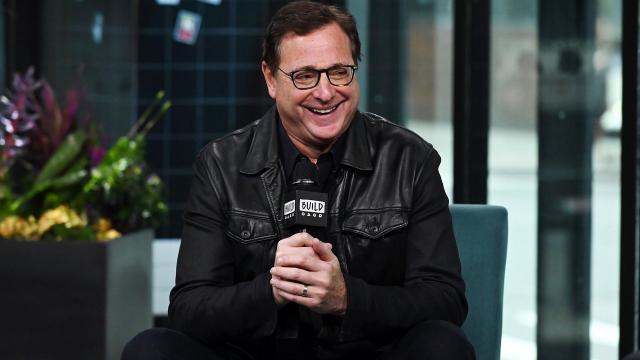 CNN — Bob Saget has nothing but love for his "Full House" family.

Saget played the father of the twin sisters Mary-Kate and Ashley Olsen when they were young children in "Full House," and says they've stayed close, along with his other costars Candace Cameron Bure and Jodie Sweetin.

"They're all friends, it's not like they're kids," Saget said on the "Inside of You With Michael Rosenbaum" podcast. "But Jodie was probably more like a kid to me. Ashley and Mary-Kate are more like friends because I kind of got the whole thing of everything they're about. Candace is a friend. They've all been there for me in a big way when I've gone through hard stuff."

Saget added, "I'm very close with Candace, always was since we did the pilot. Jodie used to sleep over at my house and play with my daughter Aubrey, my oldest."

It's been more than 25 years since the start of "Full House," and fans have since seen Netflix reboot the series as "Fuller House," which the Olsens did not sign on for.

He also discussed his former costar Lori Loughlin and her recent prison sentence related to the college admissions scandal.

"I love her," he says. "I've been asked [about] it a lot. I've gotten whittled down. I just love her. I don't know, I'd like to see a lot of other people doing time. We're in such a place where no matter what I say I'm screwed, and I just love her. That's where I am on that."

Saget's episode of "Inside of You With Michael Rosenbaum" airs Feb. 9.