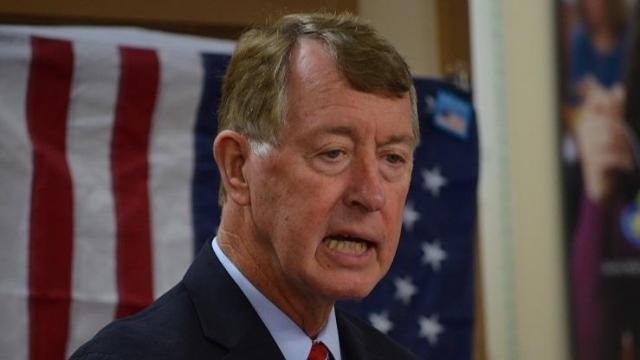 When it comes to our national and state priorities, it’s been said that a budget is a moral document. A budget is a statement of public commitments and considerations for its people. After taking a look at President Donald Trump’s proposed budget for the 2018 fiscal year, I have to question this administration’s commitments to many of the voters who supported his candidacy, especially North Carolina’s farmers, rural residents and retirees.

Let’s start with agriculture. Farming has been a staple of North Carolina’s existence since before it became a state in 1789. Through the years, our state’s agricultural products have reached every corner of the nation. Through helpful coordination with the U.S. Department of Agriculture, North Carolina farmers have survived through droughts, natural disasters and financial and environmental risks.

Our state consistently ranks as one of the top five producers of sweet potatoes, pork, poultry, tobacco and eggs. It doesn’t stop there. North Carolina's farmers produce and sell cotton, soybeans, peanuts, nursery products, aquaculture products, biofuels and more. Our state feeds the nation and our food exports can be found around the world.

What does Trump’s budget plan do for the state’s consumers and farmers? More than modest cuts, it punishes our farmers and makes it harder for them to get their products to market. Trump wants to cut the U.S. Department of Agriculture a staggering 21 percent. Part of that cut would cap the amount of money the government provides to help local farmers pay insurance premiums.  The Trump budget eliminates coverage for lost revenue when crop prices and crop yields decline.  Trump’s desire to eliminate $28 billion from this program over a decade will be devastating to local farmers.

How would these cuts to our local farmers affect all of us at home? Ask yourself: Does your family like to eat? Do you want food that is reasonably priced? When unforeseen weather events occur – droughts, hurricanes or pests – a farmer’s yield is often hurt. Their yield is impacted in a way that might drive them out of farming.

Most farmers are far from rich. Many growers farm from season to season producing good products and then preparing for the next season. When unforeseen weather events occur, it is a small degree of -- but important -- assurance they get in knowing the federal government will provide some funds to help them recover and produce more of America’s food for the next season.

When this support disappears farmers are forced out of business, rural communities lose family farms and business owners who service rural economies all take a hit. Less food makes it to market and families pay higher prices for everyday items they used to take for granted.

The agriculture sector makes up about 17 percent of North Carolina’s economy and 11 percent of total U.S. employment -- about 21 million jobs. It's important to support our agricultural economy and rural communities. Trump’s budget fails to do it.

Trump isn’t just cutting resources to farmers. His plan slashes resources for rural communities. He wants to eliminate the rural development program that brings infrastructure, technology, and utilities to those communities. I

What’s left after you weaken the farmers, eliminate rural infrastructure and technology?

“The strength of the agricultural economy has implications for rural America, but also for the larger U.S. economy,” Robert Johansson, the USDA's chief economist, told senators in June. We all should heed his words.

Seniors, at the other end of the spectrum, are also under attack. Senate Republicans propose slashing Medicare spending by $473 billion over 10 years. What does this have to do with Trump? The GOP push to cut Medicare obliterates one of Trump’s key campaign promises to protect seniors. Worse, the Republican Congressional plan to cut Medicare has been public for months and Trump’s said little about it.

Elections do have consequences, but slashing budgets will devastate communities, raise food prices for families and leave seniors continuing to struggle even eight years after the great recession.

If you’re wondering what you can do, there’s plenty. Only public input and outrage can stop this march towards higher food prices and abandonment of our seniors. Learn more about the Trump and Congressional budget cuts and what they mean to you. Then call your member of Congress. They need to hear from you today.