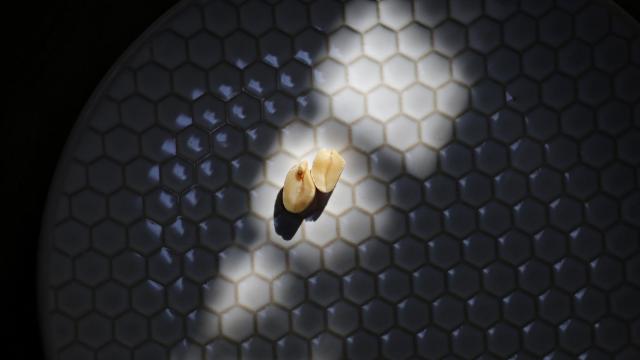 A recent government ruling may transform air travel for passengers with life-threatening food allergies by extending to them the protections afforded other individuals with disabilities.

In September 2016, gate agents for American Airlines refused Nicole Mackenzie’s request to preboard a flight from Portland, Oregon, to Charlotte, North Carolina, to clean the area around the seat assigned to her 7-year-old daughter, who has life-threatening nut and seed allergies.

The family filed a formal complaint with the federal Department of Transportation. Regulators determined last month that American Airlines had violated the Air Carrier Access Act — roughly equivalent of the Americans With Disabilities Act, but applicable to the airlines.

The DOT considers severe allergies a disability under the act if they impact a passenger’s ability to breathe or “substantially impact another major life activity.”

“This changes the entire landscape for the food-allergy flier,” said Lianne Mandelbaum, who has a son with a severe food allergy and writes a blog about food allergies and travel.

“Until now, food-allergy passengers’ safety was beholden to the mood of a particular flight crew,” Mandelbaum added. “When the decision came down, I sat in my car and cried for an hour.”

The warning to American Airlines comes amid heightened tensions between airlines and passengers with food allergies.

Some are so sensitive that merely touching a surface contaminated with an allergen can set off a life-threatening reaction called anaphylaxis, which causes swelling, hives, lowered blood pressure, shock and constriction of the airways. The reaction can be fatal.

But in recent years, families who asked to preboard or sought information about food served on a flight have been barred from flying or even escorted off planes after taking their seats. The tension and uncertainty have made some passengers reluctant to disclose food allergies.

No one tracks in-flight medical emergencies, but they are believed to be relatively uncommon; chest pain and heart attacks are the most common reasons that flights are diverted, according to one study. Allergic reactions comprise fewer than 4% of in-flight-medical emergencies.

Two other complaints against American Airlines were dropped by the DOT after the company quietly changed the policy prohibiting preboarding for people with food allergies late last year.

All customers with peanut and tree nut allergies are now allowed to preboard and wipe down surfaces, according to an airline spokeswoman.

The change is not detailed on the airline’s website, which continues to warn that nuts are served onboard and that the airline “can’t accommodate requests to not serve certain food or to provide nut buffer zones” and “can’t guarantee you won’t be exposed to peanuts or other tree nuts during flight.”

Many airlines have policies that accommodate passengers with nut allergies, though disabilities-rights advocates complain that the policies are not consistently enforced.

Delta allows preboarding and refrains from serving peanuts on board if a passenger has an allergy. Southwest quit serving peanuts — its signature snack — in August 2018, substituting pretzels and other snacks.

Initially, a United spokesman said preboarding depends on circumstances such as the size of the plane, the availability of agents and whether the flight is on time. Another representative said later that preboarding is “not an announced policy even though we allow it.”

The DOT decision was based on the presumption that passengers with severe food allergies are disabled and eligible for protections under disabilities rights laws.

In a similar case, a federal appeals court recently cleared the way for a lawsuit against a restaurant in Virginia’s Colonial Williamsburg, that did not allow a child with severe celiac disease to eat a gluten-free meal he brought from home.

The fifth grader had paid for the meal, but was escorted out of the tavern by a waitress in an 18th-century costume to eat on the back porch in the rain, according to his father, who was a chaperone on the school trip.

The Colonial Williamsburg Foundation has petitioned the 4th U.S. Circuit Court of Appeals to reconsider its decision, arguing the case is of “exceptional importance” and could “jeopardize the lifeblood of the food service industry.”

Both the DOT decision and the ruling in the restaurant case relied in part on an amendment to the Americans With Disabilities Act in 2009 that broadened the definition of disabilities to include conditions like severe food allergies or hearing loss.